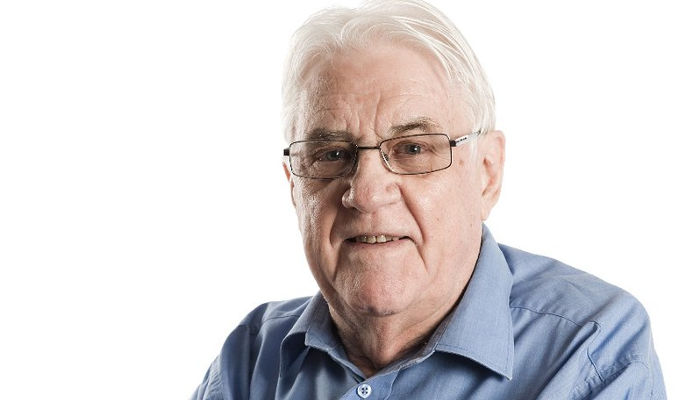 Veteran political economist and academic Professor Johannes ‘Sampie’ Terreblanche passed away on Saturday at the age of 84.

Terreblanche was diagnosed with terminal brain cancer in September 2017. He passed away peacefully at his home in Stellenbosch.

His daughter, Christelle Terreblanche, writes on his official website:

To sum up Sampie Terreblanche simply as a ‘maverick’ intellectual would perhaps be unfair. His progression from an Afrikaner nationalist to an advocate of its demise to an ANC supporter to a fierce critic of the ruling party was certainly spectacular and often dramatic. But each step in his fifty years as public intellectual and political economist was preceded by deep soul-searching and intense discussions with his close friends and family about how to best serve the common good.

Sampie may ultimately be remembered for his fearlessness in speaking truth to power, and a public intellectual who constantly reminded apartheid and post-apartheid South Africa of the injustice inherent in economic inequality.

Terreblanche was the author of several books, including History of Inequality in South Africa 1652-2002 (2002), Lost in Transformation: South Africa’s Search for a New Future Since 1986 (2013), and Western Empires: Christianity and the Inequalities Between the West and the Rest (2014).

Tributes to Terreblanche have poured in on Twitter, from Zwelinzima Vavi‏, Thuli Madonsela, Africa is a Country, Adam Habib, Floyd Shivambu, and many others:

The reason is that the rich have resisted it. Generally they like Bishop Desmond Tutu but the day he called for wealth and solidarity tax he was lampooned left right & center. Don’t help the rich, honour the memory of #SampieTerreblanche & support #DesmondTutu #SayNoVATincrease https://t.co/BpKqwTlmqZ

Our thoughts and condolences are with the family, friends and colleagues of Prof Sampie Terreblanche. His social justice work remains a reference point as South Africa seeks to remake itself as a democracy that works for all. #RIP pic.twitter.com/yEMiBo4bGV

I learnt with sadness of the passing of Sampie Terreblanche. His daughter Christelle's tribute: https://t.co/SVBaWK3iUV Go well comrade!

Sampie Terreblanche of @StellenboschUni has passed away. Some extracts of his submission to the TRC in 1997, where he argues white people must be more aware of privilege, business was complicit in apartheid, and for the implementation of a wealth tax. Recommendations unfulfilled. pic.twitter.com/C4HEBy51G7

The great South African political economist Sampie Terreblanche passed away yesterday. Here is an interview I did with him a few months before his death. RIP. https://t.co/90xTj6ifak

Prof Wim de Villiers expresses condolences to the family of Prof Sampie Terreblanche. “We honour him as a legendary political economist; much loved inspirational lecturer for thousands of our students, and one of Stellenbosch University’s critical voices.” https://t.co/ooLQlzKELG pic.twitter.com/1Me6mxC8t8

Prof. Sampie Terreblanche I like when he says White South Africans will have to make some sacrifices. May his souls rest in peace. Your names and work will endure and transcend generations to come. He was progressive. Farewell pic.twitter.com/SdvGhwOmrd

Sad to hear of the passing of veteran political economist and academic Professor, Oom #SampieTerreblanche. I have learned a lot from the man. May his soul Rest In Peace. 🙏🏾 pic.twitter.com/jPQ7HmrVFe

Sampie Terreblanche. An intellectual giant. The great baobab has fallen. Spoke on behalf of the dispossesed & the underprivileged. A loss not only to RSA but to Africa and the wider world. Reste en pais Prof Terrenblanche

In honour of fallen people's economist, as SAFTU we dip our flag.
Your work helped us expose inequalities in our society. You reminded apartheid and post-apartheid South Africa of the injustice inherent in economic inequality . #RIP Professor #SampieTerreblanche pic.twitter.com/G6yYPSRWAM