Read an excerpt from The Paris Apartment – the new page-turning thriller from Lucy Foley
More about the book! 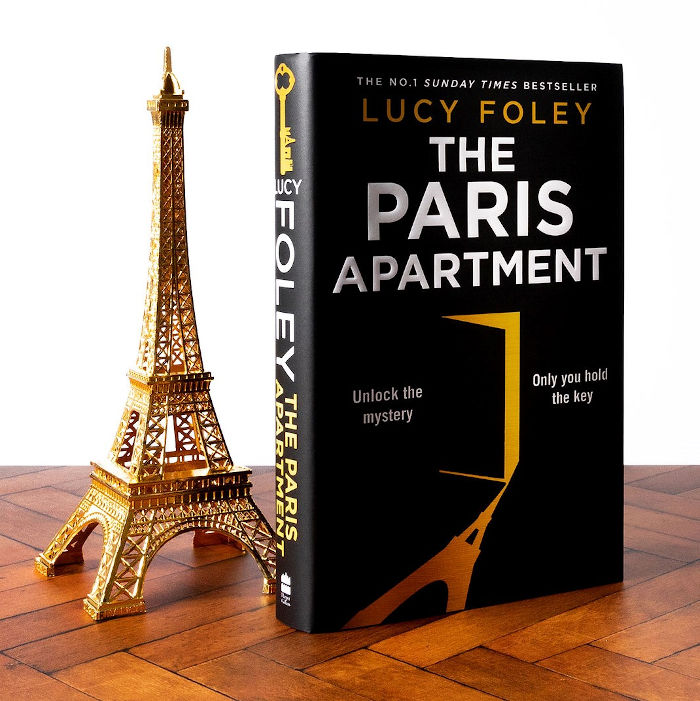 From the bestselling author of The Guest List comes a new locked room mystery, set in a Paris apartment building in which every resident has something to hide …

Jess needs a fresh start. She’s broke and alone, and she’s just left her job under less than ideal circumstances. Her half-brother Ben didn’t sound thrilled when she asked if she could crash with him for a bit, but he didn’t say no, and surely everything will look better from Paris. Only when she shows up – to find a very nice apartment, could Ben really have afforded this? – he’s not there.

The longer Ben stays missing, the more Jess starts to dig into her brother’s situation, and the more questions she has. Ben’s neighbors are an eclectic bunch, and not particularly friendly. Jess may have come to Paris to escape her past, but it’s starting to look like it’s Ben’s future that’s in question.

Everyone’s a neighbor. Everyone’s a suspect. And everyone knows something they’re not telling.

His fingers hover over the keyboard. Got to get it all down. This: this is the story that’s going to make his name. Ben lights another cigarette, a Gitane. Bit of a cliché to smoke them here but he does actually like the taste. And fine, yeah, likes the way he looks smoking them too.

He’s sitting in front of the apartment’s long windows, which look onto the central courtyard. Everything out there is steeped in darkness, save for the weak greenish glow thrown by a single lamp. It’s a beautiful building, but there’s something rotten at its heart. Now he’s discovered it he can smell the stench of it everywhere.

He should be clearing out of here soon. He’s outstayed his welcome in this place. Jess could hardly have chosen a worse time to decide to come and stay. She barely gave him any notice. And she didn’t give much detail on the phone but clearly something’s up; something wrong with whatever crappy bar job she’s working now. His half sister has a knack for turning up when she’s not wanted. She’s like a homing beacon for trouble: it seems to follow her around. She’s never been good at just playing the game. Never understood how much easier it makes life if you just give people what they want, tell them what they want to hear. Admittedly, he did tell her to come and stay “whenever you like,” but he didn’t really mean it. Trust Jess to take him at his word.

When was the last time he saw her? Thinking about her always makes him feel guilty. Should he have been there for her more, looked out for her … ? She’s fragile, Jess. Or—not fragile exactly, but vulnerable in a way people probably don’t see at first. An “armadillo”: softness beneath that tough exterior.

Anyway. He should call her, give her some directions. When her phone rings out he leaves a voicenote: “Hey Jess, so it’s number twelve, Rue des Amants. Got that? Third floor.”

His eye’s drawn to a flash of movement in the courtyard beneath the windows. Someone’s passing through it quickly. Almost running. He can only make out a shadowy figure, can’t see who it is. But something about the speed seems odd. He’s hit with a little animal spike of adrenaline.

He remembers he’s still recording the voicenote, drags his gaze from the window. “Just ring the buzzer. I’ll be up waiting for you—”

The sound of footsteps out on the landing … approaching the apartment door.

The footsteps stop. Someone is there, just outside. He waits for a knock. None comes. Silence. But a weighted silence, like a held breath.

And then another sound. He stands still, ears pricked, listening intently. There it is again. It’s metal on metal, the scrape of a key. Then the clunk of it entering the mechanism. He watches the lock turn. Someone is unlocking his door from the outside. Someone who has a key, but no business coming in here uninvited.

The handle begins to move downward. The door begins to open, with that familiar drawn-out groan.

He puts his phone down on the kitchen counter, voicenote forgotten. Waits and watches dumbly as the door swings forward. As the figure steps into the room.

“What are you doing here?” he asks. Calm, reasonable. Nothing to hide. Not afraid. Or not yet. “And why—”

Then he sees what his intruder holds.