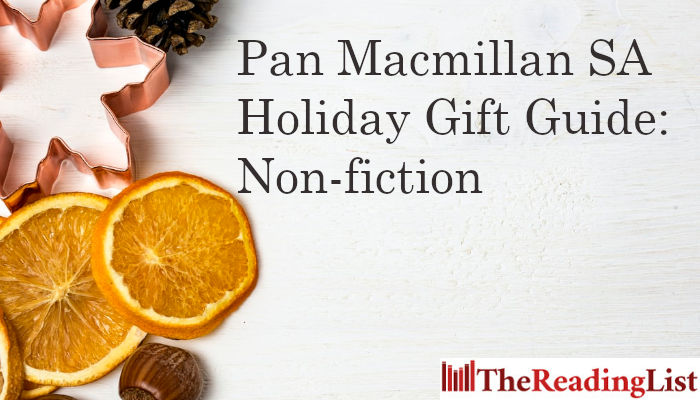 Are you looking to end the year with an inspiring non-fiction book or two to shift your thinking, gain new insights or step into 2021 on the right foot?

Pan Macmillan SA has some of the best non-fiction books of 2020 right here!

Local is lekker! Have a look at the eight local titles in Pan Macmillan SA’s Holiday Gift Guide: 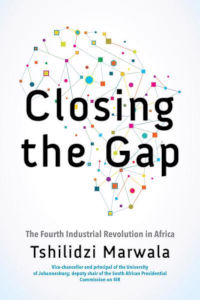 Closing the Gap by Tshilidzi Marwala

Closing the Gap is an accessible overview of the fourth industrial revolution (4IR) and the impact it is set to have on various sectors in South Africa and Africa.

The book explores the previous industrial evolutions that have led up to this point and outlines South Africa’s position through each one. 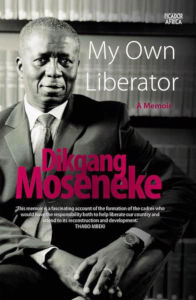 My Own Liberator and All Rise by Justice Dikgang Moseneke

In My Own Liberator, Dikgang Moseneke pays homage to the many people and places that have helped to define and shape him. In tracing his ancestry, the influence on both his maternal and paternal sides is evident in the values they imbued in their children – the importance of family, the value of hard work and education, an uncompromising moral code, compassion for those less fortunate and unflinching refusal to accept an unjust political regime or acknowledge its oppressive laws.

As a young activist in the Pan-Africanist Congress, at the tender age of fifteen, Moseneke was arrested, detained and, in 1963, sentenced to ten years on Robben Island for participating in anti-apartheid activities. Physical incarceration, harsh conditions and inhumane treatment could not imprison the political prisoners’ minds, however, and for many the Island became a school not only in politics but an opportunity for dedicated study, formal and informal. It set the young Moseneke on a path towards a law degree that would provide the bedrock for a long and fruitful legal career and see him serve his country in the highest court. 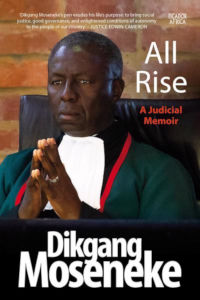 Practising law during apartheid South Africa brought with it unique challenges, especially to professionals of colour, within a fraught political climate. After some years in general legal practice and at the Bar, and a brief foray into business, Moseneke was persuaded that he would best serve the country’s young democracy by taking judicial office.

All Rise covers his years on the bench, with particular focus on his 15-year term as a judge at South Africa’s Constitutional Court where he rose to the position of Deputy Chief Justice.

As a member of the team that drafted the interim Constitution, Justice Moseneke was well placed to become one of the guardians of its final form.

His insights into the Constitutional Court’s structures, the personalities peopling it, the values it embodies, the human dramas that shook it and the cases that were brought to it, make for compelling reading. 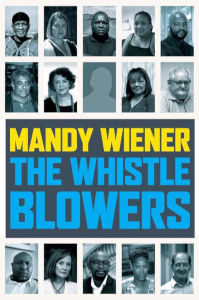 The Whistleblowers by Mandy Wiener

With corruption and fraud endemic in democratic South Africa, whistleblowers have played a pivotal role in bringing wrongdoing to light. They have provided an invaluable service to society through disclosures about cover-ups, malfeasance and wrongdoing. Some would argue it was whistleblowing that brought down a president and the corrupt ‘state capture’ regime.

In most cases, the outcomes for the whistleblowers themselves are harrowing and devastating. Some have been gunned down in orchestrated assassinations, others have been threatened and targeted in sinister dirty-tricks campaigns. Many are hounded out of their jobs, ostracised and victimised. They struggle to find employment and are pushed to the fringes of society.

The psychological burden of choosing to speak up when there has been little reward or compensation is a heavy one to carry. The Whistleblowers shines a light on their plight, advocating for a change in legislation, organisational support and social attitudes in order to embolden more potential whistleblowers to have the courage to step up. 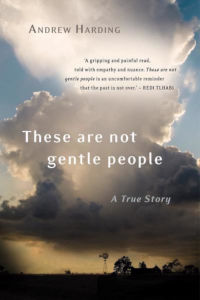 These Are Not Gentle People by Andrew Harding

These Are Not Gentle People is a murder story, a courtroom drama, a profound exploration of collective guilt and individual justice. The story of the brutal beating and death of two young men and those accused of committing the crime.

Set in the small farming community of Parys in the Free State it is a true story of crime, punishment and redemption. When a whole community is on trial, who pays the price?

Award-winning foreign correspondent and author Andrew Harding traces the impact of one moment of collective barbarism on a fragile community – exposing lies, cover-ups, political meddling and betrayals, and revealing the inner lives of those involved with extraordinary clarity.

‘A gripping and painful read, told with empathy and nuance. These Are Not Gentle People is an uncomfortable reminder that the past is not over.’ – Redi Tlhabi 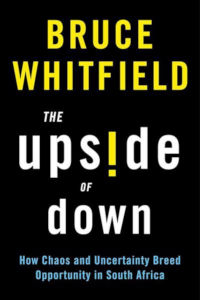 The Upside of Down by Bruce Whitfield

Can chaos and uncertainty breed opportunity? This is a question Bruce Whitfield answers in his new book, The Upside of Down.

Next time you go to a conference or hire a consultant to be told, ‘We live in a VUCA [Volatile, Uncertain, Complex, Ambiguous] world,’ leave the room. You are wasting your time.

In a world of fake news, deep-fakes, manipulated feeds of information and divisive social-media agendas, it’s easy to believe that our time is the most challenging in human history.

It is a time of extraordinary opportunity. But only if you have the right mindset. Fear of the future breeds inaction and leads to strategic paralysis. We put off decisions until we can have certainty. We look for signals. We wait. And while we do that, the world moves on around us. 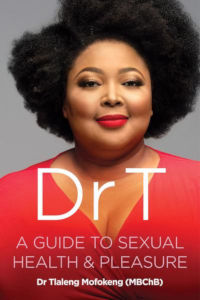 Dr T: A Guide to Sexual Health and Pleasure by Dr Tlaleng Mofokeng

The indomitable Dr Tlaleng Mofokeng – affectionately known as Dr T – is passionate about making sexual health and well-being services available to all, regardless of their sexual and gender identities or their economic status.

Dr T: A Guide to Sexual Health and Pleasure is filled with the specifics of sexual anatomy and health as well as advice and facts about pleasure and sexual rights.

Dr T, with her typically honest and warm approach, makes the reader feel comfortable reading about topics that are not always discussed freely, providing ALL the information that demystifies sex and sexuality in a way that is entertaining and enlightening. 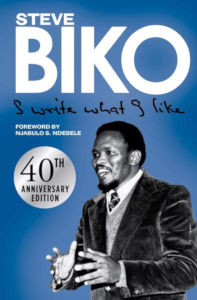 Steve Biko: I Write What I Like with Foreword by Njabulo Ndebele

I Write What I Like features the writing of the famous activist and Black Consciousness leader Steve Biko. Before his untimely death in detention at age 30, he was instrumental in uniting Black Africans in the struggle against the apartheid government in South Africa.

In addition, it features all the material of the original Picador Africa edition: a collection of Biko’s columns entitled I Write What I Like published in the journal of the South Africa Student Organisation under the pseudonym of ‘Frank Talk’; other journal articles, interviews and letters written by Steve Biko at the time; an Introduction by Nkosinathi Biko; a preface by Archbishop Desmond Tutu; and a moving memoir by Father Aelred Stubbs, which pays tribute to the courage and power of this young leader, who was to become one of Africa’s heroes.