Neither saint nor sellout – find out more about Spear: Mandela and the Revolutionaries by Paul S Landau
More about the book! 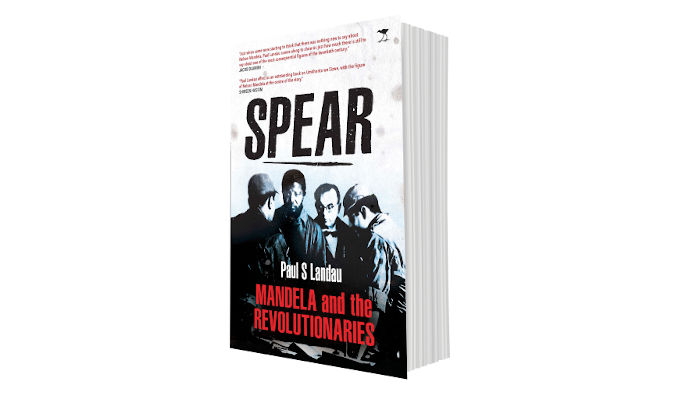 Spear: Mandela and the Revolutionaries by Paul S Landau will be out from Jacana Media at the end of May.

‘Just when some were starting to think that there was nothing new to say about Nelson Mandela, Paul Landau comes along to show us just how much there is still to say about one of the most consequential figures of the twentieth century.’ – Jacob Dlamini

‘Paul Landau offers us an outstanding book on Umkhonto we Sizwe, with the figure of Nelson Mandela at the centre of the story.’ – Shireen Hassim

‘Spear: Mandela and the Revolutionaries is one of the most important books on South Africa to appear in more than a generation.’ – Clifton Crais

Drawing from several hundred first-person accounts, most of which are unpublished, Spear reshapes our understanding of Mandela by focusing on this intense but relatively neglected period of escalation in the movement against apartheid.

Landau’s book is not a biography, nor is it a history of a militia or an army; rather, it is a riveting story about ordinary civilians debating and acting together in extremis.

Paul S Landau is a professor of history at the University of Maryland at College Park and a fellow of the History Centre of the University of Johannesburg. His two previous books, The Realm of the Word: Language, Gender, and Christianity in a Southern African Kingdom (1995) and Popular Politics in the History of South Africa, 1400–1948 (2010), were both finalists for the African Studies Association Herskovits Prize. He lives with his family in Washington, DC.