John Hunt’s new novel The Boy Who Could Keep a Swan in his Head out in April
More about the book! 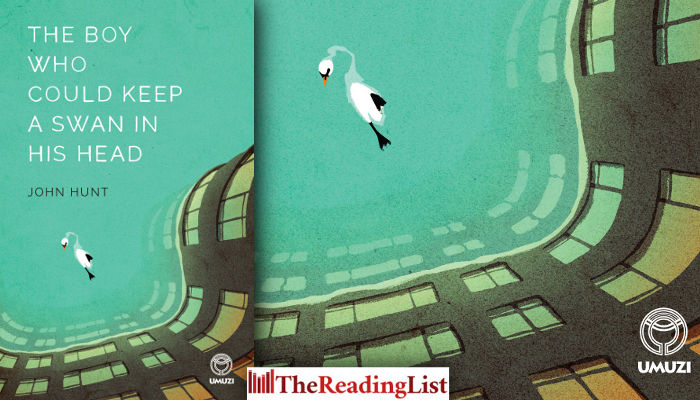 “When life turns as black as the Earl of Hell’s waistcoat, you don’t want a man who’s all bum and parsley.”

The Boy Who Could Keep a Swan in his Head, the new novel by award-winning playwright, author and creative director John Hunt, is out in April from Umuzi.

Hunt is the author of the novel The Space Between the Space Between, and his book The Art of the Idea, which celebrates the power of ideas to move the world forward, has been translated into several languages. He is currently Worldwide Creative Chair of advertising agency network TBWA, having previously co-founded TBWA\Hunt Lascaris. He grew up in Hillbrow and still lives and works in Johannesburg.

The Boy Who Could Keep a Swan in his Head will be launched on 18 April, 2018, at the Circa Gallery in Johannesburg. Hunt will be in conversation with Harry Kalmer.

“Hillbrow, 1967. The New York of Africa. Someone wrote that the place would soon have more people per square kilometre than Tokyo. Everyone quoted that article to everyone. Some even cut it out and kept it folded in their wallets.”

While other boys daydream about racing cars and football, eleven-year-old stutterer Phen sits reading to his father. In number four Duchess Court, Phen’s dad looks like a Spitfire pilot behind his oxygen mask.

But real life is different from the daring adventures in the books Phen reads and he is forced to grow up faster than other boys his age.

This is until Heb Thirteen Two shows up: in his pinstriped suit pants and tie-dyed psychedelic top, the stranger could be any old bum, or a boy’s special angel come to live among men.

Poignant, witty and wise, John Hunt’s The Boy Who Could Keep a Swan in His Head is a meditation on being alive and shows us the power of books when we need them the most.

Umuzi shared news of the novel’s imminent arrival on Twitter:

Happy day! The first and thus far only advance copy of John Hunt’s new novel The Boy Who Could Keep a Swan in His Head – out in April with a glorious cover illustrated by @SaritaImmelman ✨ pic.twitter.com/Grf0u3TYbi

A day worth mentioning: Printed material for John Hunt’s glorious new novel The Boy Who Could Keep a Swan in His Head sharing desk space with a reprint of K Sello Duiker’s The Hidden Star – both magical books pic.twitter.com/kXAZER2V2H