‘It was like walking on grenades’ – Nthikeng Mohlele discusses his new book Michael K with Nancy Richards
More about the book! 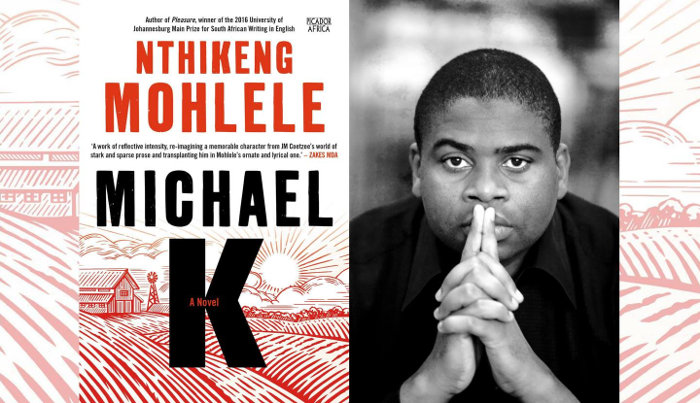 SAfm’s Nancy Richards chatted to Nthikeng Mohlele recently about his new book Michael K, which is a response to JM Coetzee’s classic masterpiece, Life and Times of Michael K.

Mohlele says he first read Life and Times of Michael K at university, where it made a big impression on him.

‘The original is very complex, it’s a very deep, well written book, and I think that it deserves all the accolades that it gathered over the years, and the critical acclaim,’ Mohlele says. ‘So it was like walking on grenades trying to adapt a book like that, because it’s so multilayered.

‘The scope can be a very dangerous thing, in terms of how you approach it, but what I needed to get through was to see whether I could capture the essence of the title character. I mean, if you remove Michael K from Life and Times of Michael K I doubt there will be a book there.

‘Hence my thematic choices are anchored around the title character, because he’s such a forceful and memorable character that JMC has executed.’

But Mohlele says the characters he created for his novel, Michael K, needed to be as complex and independent.

‘I don’t believe in just rehashing the original, there would be no point in that, in my humble view,’ he says. ‘I needed to use the original to be able to write a book that can very much still stand on its own feet.’

Solidarity Reads: Ronnie Kasrils – from spy chief to bestselling author – get the ebooks at 21% off for 21 days