‘From modest beginnings, our work has taken us to the four corners of the earth’
More about the book! 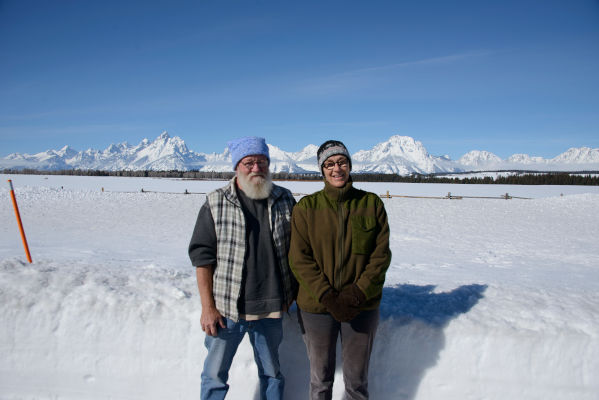 Chris and Mathilde Stuart are renowned for their work in wildlife research. Having spent the past 40 years travelling the globe, they’ve captured their findings in a host of beautiful and bestselling nature guides. In their own words, the couple shares with us some of the highlights from their journey.

My love for the natural world started as a child. Growing up in England’s rural Yorkshire county, I had the run of the countryside, which allowed me to experience wildlife up close. This passion was only fuelled when I moved to South Africa with my parents as a teen, so it was the natural next step for me to study Wildlife Ecology at university.

Early on, my work took me to the then-Cape Province, surveying carnivores; to the Namib Desert, on a three-year study in biodiversity; and to Grahamstown in 1982, where I undertook curatorship of Albany Museum’s mammal collection.

It was in Grahamstown where Tilde and I met by chance in 1983. She had just returned from completing her medical studies in Innsbruck, Austria and, as soon as we met, the die was cast. We married, moved to the small town of Elim in Limpopo, where Tilde took up work at the hospital there, and the lifetime dream began: independent research, biodiversity consultancy and book writing. We published our first book, Field Guide to the Mammals of Southern Africa, with Struik in 1988.

From modest beginnings, we’ve been fortunate that our work has taken us to the four corners of the earth. Our first of many ventures into Africa began with Zambia’s Kasanka National Park. A biodiversity survey we did resulted in the first size estimate of the greatest mammal migration in Africa – and probably the world. Around 10 million straw-coloured fruit bats (Eidolon helvum) arrive there every year and settle for two months in the park’s Fibwe Forest; an aura of sight, smell and sound.

Arabia was added to the mix in 1995 with an invitation from the Arabian Leopard Trust to determine once and for all whether leopards survived in the mountains of the United Arab Emirates (UAE). They did, but in such low numbers that sadly, they wouldn’t survive long-term. It was there that we discovered Blanford’s fox (Vulpes cana) for the first time in the UAE, and confirmed the continued survival of the Arabian tahr (Arabitragus jayakari), a wild goat that had once been considered extinct. The latter led to the proclamation of a national park. We also made new discoveries in neighbouring Oman and in Yemen, but although we were strongly tempted to do wildlife surveys in Yemen, this was during the Yemeni Civil War, and we judged it too dangerous. It was the first time we’d backed away from survey work.

We called Australia home for nearly two years between 2004 and 2006, while Tilde did several locums. It was a great opportunity to continue our nature photography and survey work on the Red Continent, known for its natural life, and before we left, we took an unforgettable 35,000 kilometre road trip.

A three-year interlude in North America started for us in 2011. For two years we were based out of Clearwater, British Columbia, where Tilde had a medical practice. It was here where we would hear wolves howling while walking to and from our home, and where there is an abundance of bears, with the brown bear being more prevalent during the salmon run up the local rivers. We visited the hoary marmots living in the high montane meadows, and received visitors to our very own garden from the resident American red squirrels, mule deer and, once, a puma. Our third year there was a kind of sabbatical spent exploring North America, from the North Slope of Alaska, zig-zagging to the fringe of the Florida Everglades. This trip led to our first mobile app, The Complete Mammals of North America.

We’ve also spent plenty of time in Austria, where we’re fortunate to have a home. Being there allows us easy access to other European countries, from Estonia and Greece to France and Hungary where, of course, we continue with our work, but also where we take a break to soak up our surroundings. These travels resulted in our second mobile app, The Complete Mammals of Europe. More apps have followed for Africa, but other regions beckon.

Until the pandemic hit in March 2020, we would spend pretty much half the year away from our Karoo home in Loxton. While we’ve been limited to where we can travel, that hasn’t stopped us altogether, and we’ve used the time to get reacquainted with the many back roads of the greater Karoo, Namaqualand and the Kalahari, working on a host of new apps and finding the time to put together several new books for our Stuart on Nature collection. The latest is Marine Mammals of Southern Africa and the Southern Ocean. But our list of ambitions remains long, and we’re looking forward to seeing how many more books and apps will unfold as we get back to our travels.

From the Stuart on Nature Collection 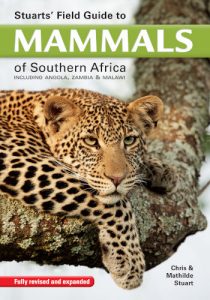 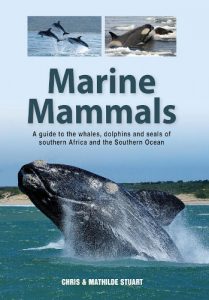 This easy-to-use guide to the whales, dolphins and seals found in Southern African waters and the Southern Ocean is compact yet comprehensive. Close to 50 species occur in the region: from the demonstrative Humpback Whale and Dusky Dolphin to the striking Leopard Seal and massive Blue Whale. This beautifully illustrated book covers key identification features, behaviour and diet, explains breaching, spyhopping, lob-tailing, bow-surfing, logging and other common behaviours, and includes the best times and places to view more commonly seen species. 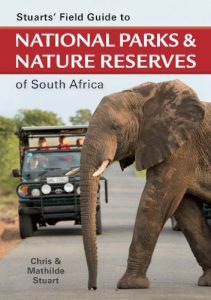 This must-have guide covers 43 the country’s best and most accessible conservation areas, and includes information for each on the history, location, landscape, geology, vegetation and wildlife; highlights, climate and facilities; and a detailed map indicating places of interest and top viewing spots. The book also has more than 900 colour photographs and a pictorial ID-guide at the back that features commonly seen birds, mammals, amphibians, reptiles, flowers and trees.