Is 2019’s election the most important since the advent of democracy in 1994? Find out in the new book Election 2019
More about the book! 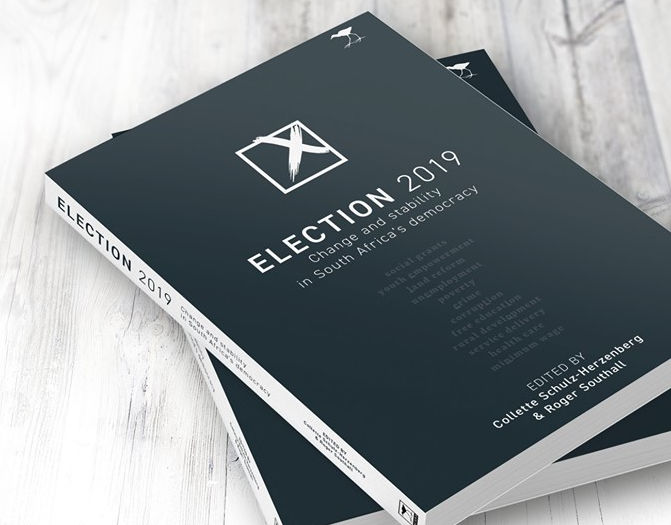 Election 2019: Change and Stability in South Africa’s Democracy, edited by Collette Schulz-Herzenberg and Roger Southall, is out now from Jacana Media.

Election 2019 is a bracing analysis that sheds light on the election’s implications for the future direction of South African politics.

The book provides a platform for in-depth discussion and analysis of party campaigns, voting patterns and election results of the 2019 general elections.

Is 2019’s election the most important since the advent of democracy in 1994?

The sixth general election since the arrival of democracy occurs at a critical moment in South Africa’s history.

Since claiming a fifth electoral victory under the leadership of President Jacob Zuma in 2014, the ANC has become embroiled in one scandal and failure of governance after another. It has allowed the state to be ‘captured’ by outside interests, corruption has flourished, the economy has plunged and the ruling party itself has become deeply divided between competing factions.

When Cyril Ramaphosa won the race to become party leader at the ANC’s national conference in December 2017, the stage was set for him to revive the economy and cleanse the state of corruption. Yet his narrow victory meant his internal party opponents remained strong, and the ANC remained sharply divided between pro- and anti-Zuma factions. Ramaphosa’s road to reform was strewn with numerous obstacles.

Election 2019 covers the context of the election, analyses changing voter participation and attitudes, outlines party campaigns and explores the role of gender and the media before evaluating the result. At its heart is the issue of whether South African democracy will survive.

Roger Southall is an honorary professor in sociology at Wits University and was previously Distinguished Research Fellow at the Human Sciences Research Council (HSRC) and Professor of Political Studies at Rhodes University. Prior to that he worked in universities in Uganda, Lesotho, Canada and the UK. He is the author or editor of around a dozen books. He founded the HSRC’s State of the Nation project and co edited the first four volumes. He has also published extensively on African politics, political economy and labour in leading academic journals, as well as contributing chapters to numerous books. He is editor of the Journal of Contemporary African Studies.

Collette Schulz-Herzenberg holds a BA Hons in politics from the School of Oriental and African Studies (London University), an MSc in democratic governance and a PhD in politics from the University of Cape Town (UCT). She completed her postdoctoral fellowship with the Centre for Social Science Research at UCT in 2013, specialising in South African voter behaviour. Collette’s academic interests include political behaviour, elections and voters, party systems, democratisation and research methods. Her teaching specialisations include political behaviour and political theory, survey research and quantitative methodologies.