Gotta Get Theroux This – Louis Theroux at his most insightful and honest best
More about the book! 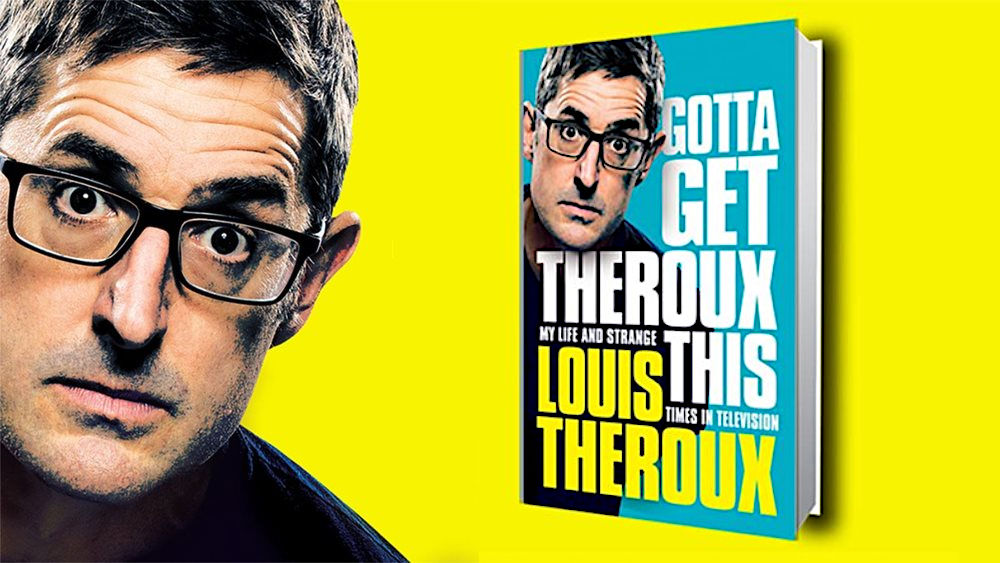 Gotta Get Theroux This – from much-loved documentary maker Louis Theroux comes a funny, heartfelt and entertaining account of his life and weird times in TV.

In 1994 fledgling journalist Louis Theroux was given a one-off gig on Michael Moore’s TV Nation, presenting a segment on apocalyptic religious sects. Gawky, socially awkward and totally unqualified, his first reaction to this exciting opportunity was panic. But he’d always been drawn to off-beat characters, so maybe his enthusiasm would carry the day. Or, you know, maybe it wouldn’t …

In Gotta Get Theroux This, Louis takes the reader on a joyous journey from his anxiety-prone childhood to his unexpectedly successful career. Nervously accepting the BBC’s offer of his own series, he went on to create an award-winning documentary style that has seen him immersed in the weird worlds of paranoid US militias and secretive pro-wrestlers, get under the skin of celebrities like Max Clifford and Chris Eubank and tackle gang culture in San Quentin prison, all the time wondering whether the same qualities that make him good at documentaries might also make him bad at life.

As Louis woos his beautiful wife Nancy and learns how to be a father, he also dares to take on the powerful Church of Scientology. Just as challenging is the revelation that one of his old subjects, Jimmy Savile, was a secret sexual predator, prompting him to question our understanding of how evil takes place.

Filled with wry observation and self-deprecating humour, this is Louis at his most insightful and honest best.

An old man looks at a book by a younger man about an even younger man. #comingsoon pic.twitter.com/y4lQule8RR