‘South Africa’s history neither begins nor ends with apartheid’ – Thula Simpson on his new book History of South Africa
More about the book! 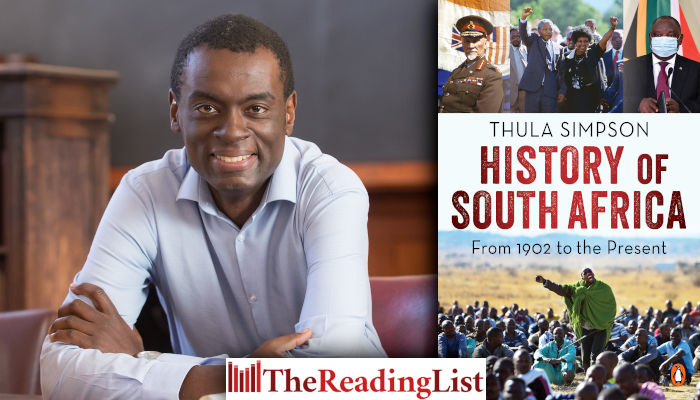 History shows an optimistic pattern to how South Africans overcome challenges similar in scale and difficulty, says Thula Simpson, associate professor at the University of Pretoria and author of History of South Africa.

‘The challenges of now are neither unique nor insurmountable.’

I began working on History of South Africa hoping to be proven wrong about the need for such a book. The 1990s witnessed the last great wave of general histories of South Africa, and it remains customary for the literature to adopt 1994 as its terminus. This has informed a widespread understanding that South African history involves the gradual overcoming of past division and conflict on a sometimes rocky but ultimately victorious road to democracy.

But beyond the End of History lies more history, in a process that constantly throws up new centres of interest from which to view the past. South Africa offers no exception in this regard, but public discourse remains fixated on eradicating ‘apartheid’ and its legacies. South Africa’s history neither begins nor ends with apartheid, however, and my book offers an in-depth exploration of developments before, between and after the great watersheds of 1948 and 1994. It begins when ‘South Africa’ ceased to be a mere geographical expression and became the name for the country, while it explores the layered meanings acquired by the term through its association with the successive dispensations – of colonialism, segregation, apartheid and democracy – that have risen and fallen between the end of the Second Anglo-Boer War and the present.

My first book on the ANC’s armed struggle created a platform for exploring these topics. It rested on archives that were first opened to researchers after apartheid. The new material both offered fresh insights on the origins of the present, while also highlighting the inherent fascination of South Africa’s past, which is replete with episodes that would be disbelieved by the most credulous reader, bar the existence of documentary proof. A general history offered a sufficiently broad canvas on which to illustrate that larger story.

Events since the mid-2010s confirmed, alas, the need for the book, in that the inexorable accumulation of social, economic and political stress since then has emphasised the value of having a longer-term historical perspective. The book’s later chapters consider recent events, and the discussion of them is informed by the numerous parallels that they share with earlier periods, showing that the challenges of now are neither unique nor insurmountable.

I submitted my book proposal early in 2020, just before the imposition of the Covid-19 lockdown, which has served as a great accelerator of the trends that initially motivated the writing of the work. By now, it is conventional to say that South Africa is poised on a precipice. The book retraces the long road to the current juncture, culminating with the terrible events of July 2021. Along the way, the journey traverses the many times in which previous generations of South Africans have encountered and overcome challenges similar in their scale and difficulty, and in that sense it offers a message of hope amid the darkness of our times.

History of South Africa is out now.