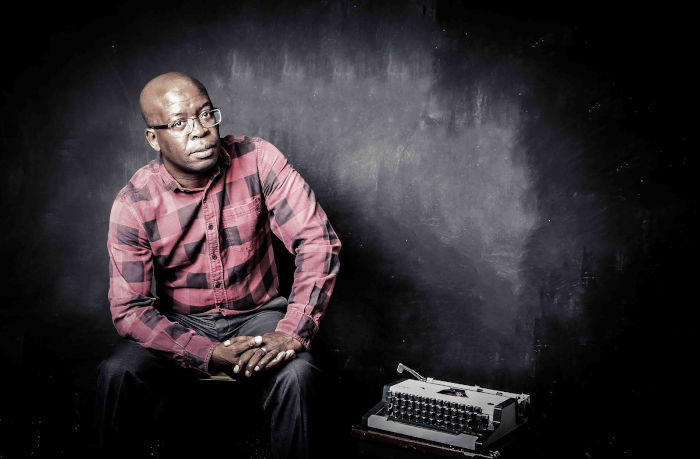 Congratulations to author Fred Khumalo, who has been appointed Adjunct Professor at Unisa!

Khumalo completed his MA in creative writing from Wits University with distinction and is the recipient of a Nieman Fellowship from Harvard University. His writing has appeared in various publications, including the Sunday Times, the Toronto Star, New African magazine, the Sowetan and Isolezwe. In 2008, he hosted Encounters, a public-debate television programme, on SABC 2. His books include Bitches’ Brew, Seven Steps to Heaven, Touch My Blood, Dancing the Death Drill and, most recently, The Longest March.

In the face of all the gloom and doom, we have some uplifting news to share on this page. This fellow known to many as Fred Khumalo (baptised at birth as Frederick Vusisizwe Khumalo, son of Thokozile Khumalo, nee Buthelezi, and Bhanoyi Khumalo) has just been appointed Adjunct Professor by Unisa – The University of South Africa.

According to the letter of appointment, this outcome is in recognition of his leadership ‘in Creative Arts and Literature in particular’. The appointment, approved by members of the Senate Executive Committee, was communicated by Professor Tso Michael Masemola Executive Dean: College of Human Sciences, at Unisa.

Professor Masemola is a fervent supporter of Khumalo’s work. He has published extensively in peer-reviewed journals on the work of Khumalo. It was also thanks to Professor Masemola that one of Khumalo’s novels, Seven Steps to Heaven was prescribed for English 2 students at the university. The book has been on the syllabus for the past seven years.

Professor Masemola also supervised a student from Unisa (David Magege) who did a PhD with the title: ‘From Chinua Achebe to Fred Khumalo: The politics of black female cultural difference in seven literary texts’.

Khumalo has published 12 books, which include novels, an autobiography, essay collections, and a short story collection. Rumour has it that Khumalo is releasing a new book this year. Or was it two new books? Sources close to him preferred to stay mum on this matter.

Anyway, in terms of his appointment at Unisa, Khumalo will not be a full-time member of faculty, but will give a specific number of lectures on special topics each semester.

‘We feel honoured and humbled by this appointment,’ said Fred Khumalo while being extensively interviewed by Fred Khumalo.

Fred Khumalo the journalist is always bullying Fred Khumalo the creative artist, telling him to blow his own trumpet. But Khumalo the artist is a refined creature, shy and reticent. But he always bows to the bully. He’s a cheeseboy, after all; whereas Fred the journo is a kasie boy.

So, here’s to Professor Khumalo! We are truly very honoured to be your publishers!