Details of Panashe Chigumadzi’s South African author tour for her new book These Bones Will Rise Again
More about the book! 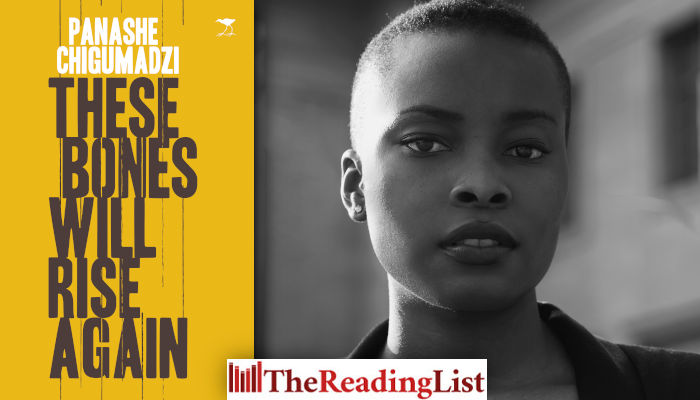 Panashe Chigumadzi will be at a number of events in South African to launch her new book, These Bones Will Rise Again.

A timeous book, with Zimbabwe’s elections having taken place on 30 July, These Bones Will Rise Again responds to the November 2017 ousting of Robert Mugabe, exploring events leading up to the ‘coup not coup’ that brought his 37-year rule to an end.

Panashe will be on tour at the following locations:

Panashe Chigumadzi is a Zimbabwean-born novelist. Raised in South Africa, she is the author of Sweet Medicine (BlackBird Books, 2015), which won the 2016 K Sello Duiker Literary Award. She is the founding editor of Vanguard magazine, a platform for young black women coming of age in post-apartheid South Africa. A columnist for The New York Times and contributing editor to The Johannesburg Review of Books, her work has featured in titles including The Guardian, Transition, Washington Post and Die Zeit.