Craig Higginson’s riveting and unforgettable novel The Dream House is now available as an audiobook
More about the book! 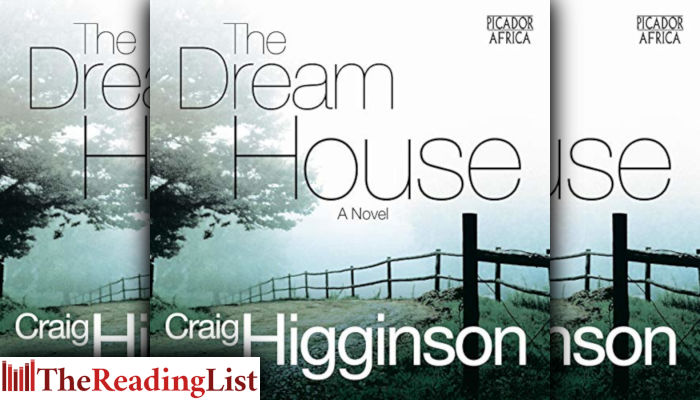 Craig Higginson’s novel The Dream House is now available as an audiobook!

The book is narrated by Terry Lloyd-Roberts.

So begins The Dream House, Craig Higginson’s riveting and unforgettable novel set in the Midlands of KwaZulu-Natal.

Written with dark wit, a stark poetic style and extraordinary tenderness, this is a story about the state of a nation and a deep meditation on memory, ageing, meaning, family, love and loss.

The Dream House is written with such a fierce and steady compassion that the reader can only come away from it transformed – ready to take on the challenges of living with a renewed heart and a bigger vision.

‘The Dream House is an open and frank exploration of human life that resonates beyond race. Looksmart is a welcome new kind of character in the constantly evolving reality of African literature.’ – Nadine Gordimer

‘The Dream House is beautifully written. Its politics is understated and its portrayal of South Africa is characterised by a constant movement between affection, anger, nostalgia, resistance and the characters’ acceptance of what is part of the human condition.’ – Mark Behr

Craig Higginson is an internationally renowned, multi-award-winning playwright and novelist. His books include The Hill, Last Summer (M-Net Literary Award finalist) and The Landscape Painter (winner of the UJ Prize for South African Literature in English and an M-Net Literary Award finalist). The Dream House, published by Picador Africa in 2015, won the UJ Prize for South African Writing in English and was shortlisted for the Sunday Times Barry Ronge Fiction Prize. The Dream House was published in French in 2016 (Mercure de France); Last Summer followed in 2017. His most recent novel is The White Room.

Higginson’s plays include Dream of the Dog, The Girl in the Yellow Dress, The Jungle Book, Little Foot and The Imagined Land (all published by Oberon Books, London). His plays and directing have been nominated for and won several awards in South Africa and the United Kingdom, including winning the Sony Gold Award for the Best Radio Drama in the UK, an Edinburgh Fringe First, as well as Naledi Awards for Best South African Play and Best Children’s Play. His plays have appeared at the Royal Shakespeare Company, the National Theatre in London, the Traverse Theatre Edinburgh and the Trafalgar Studios in London’s West End.