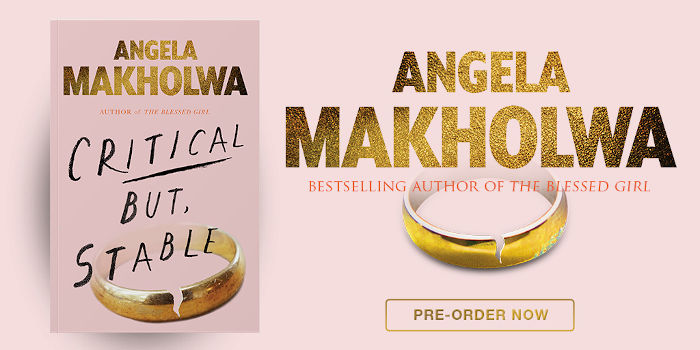 The Msibis, Manamelas and Jiyas are high-flying married couples who belong to a glitzy social club. Beneath the veneer of their marital bliss lies many secrets … What is the cost of a perfect life?

Pre-order your copy of Critical But Stable here:

About Critical But Stable

The idea behind the club is to pull funds together and collectively make short term investments while socialising with the ‘right’ people. In reality, none of them really need the money, the social club is an excuse to have extravagant parties and keep up appearances. We quickly learn that nothing is as it seems in the novel’s opening scene where a man is looking down at the naked body of a beautiful woman, who might be dead. We don’t know who either of them are but immediately sense that something bad has happened and she shouldn’t be where she is.

As we get to know the couples we learn that behind closed doors they all face serious challenges in their relationships. Debt, sexual frustration and dangerous ambitions threaten to destroy everything they’ve built so far. They all try to deal with their issues quietly but as the opening scene suggests their journeys are anything but smooth. As the story progresses we piece together clues to who the woman might be and what happened to her.

Angela Makholwa debuted in 2007 with her bestselling novel Red Ink, followed by the entertaining escapades and sexual misadventures of modern women in The 30th Candle (2009). Her third novel, Black Widow Society (2013), marked a return to a thrilling, crime-ridden world, and is soon to be made into a feature film. The Blessed Girl (2017) looks at the dynamics of the modern day phenomenon of blessers from the vantage point of a blessee, and was released in the United Kingdom in June 2019, being shortlisted for the Comedy Women in Print Prize.