Ready to take the UK by storm! Angela Makholwa’s novel The Blessed Girl is out from Bloomsbury in June
More about the book! 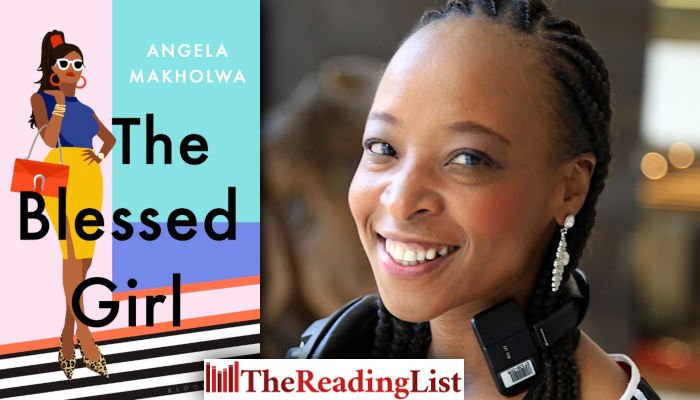 Bloomsbury will publish the United Kingdom edition of Angela Makholwa‘s The Blessed Girl on 13 June 2019!

The Blessed Girl, which looks at the dynamics of the modern day phenomenon of blessers from the vantage point of a blessee herself, was released in South Africa October 2017, and was a bestseller from day one. Eusebius McKaiser called it: ‘A stunning book, the perfect holiday read,’ and praised ‘the searing social commentary beneath the humour’.

Introducing the novel to its new audience, Bloomsbury describes The Blessed Girl as ‘darkly comic and razor-sharp’.

Makholwa revealed that readers may be surprised by the ending of the new edition.

‘There are some changes to the original Blessed Girl read by local audiences,’ she wrote on Facebook. ‘If you’re one of the readers who came to me with a bloodshot look of vengeance in your eyes because of Bontle’s fate in the original version, you will find your light at the end of the proverbial tunnel because this version has a much happier ending. Don’t say I didn’t tell you!’

The United Kingdom cover for The Blessed Girl was revealed in August 2018, and there are also plans afoot to make the the book into a film or television series!

Here’s the UK blurb for the book:

Blessed adj. [pronounced bles-id]
The state of being blessed, often referring to a person, usually female, who lives a luxurious lifestyle funded by an older, often married partner, in return for sexual favours.

Young, beautiful and ambitious, Bontle Tau has Johannesburg wrapped around her finger. Her generous admirers are falling over themselves to pay for her Mercedes, her penthouse, and her Instagrammable holidays. It’s a long way from the neighbourhood she started out in, and it’s been far from easy.

Along with making sure she always looks fabulous – because people didn’t sacrifice their lives in the freedom struggle for black women to wear the same cheap T-shirts they wore during apartheid – Bontle’s also hustling to get her business off the ground. And if that wasn’t enough, her ex is still refusing to sign their divorce papers. It’s not that she stopped loving him, but he was just so stubborn about wasting his medical degree on treating the poor.

Yes, Bontle gets the blues from time to time, who doesn’t, the shrink keeps wanting to talk about a past she’s put firmly behind her. And what she doesn’t think about can’t hurt her, can it?