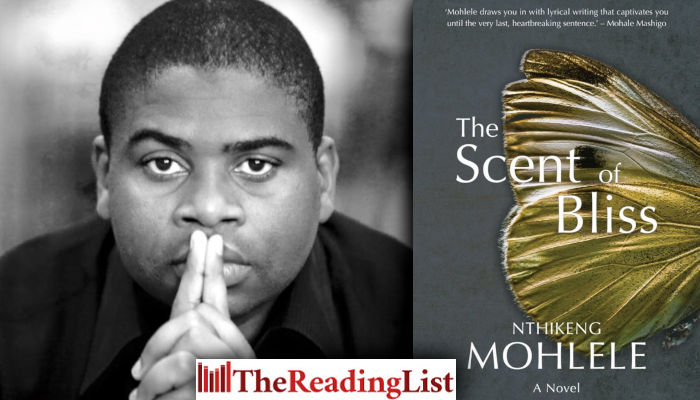 The Scent of Bliss, the seminal debut novel from award-winning author Nthikeng Mohlele, is being released in a new edition!

The new edition of The Scent of Bliss will be out in March 2019 from Kwela, an imprint of NB Publishers.

Along with a new cover, the book features a new cover shout from author Mohale Mashigo:

Mohlele draws you in with lyrical writing that captivates you until the very last, heartbreaking sentence.

Pleasure won the 2016 University of Johannesburg Main Prize as well as the 2017 K Sello Duiker Memorial Prize. It was also longlisted for the International Dublin Literary Award.

New editions of Small Things and Rusty Bell were announced by Jacana Media last year, meaning that all of Mohlele’s works are now available to purchase new.

About The Scent of Bliss

Q is diagnosed with generalised anxiety disorder and resigns as lecturer in Creative Writing at the University of Good Hope in Lumumbaville. In quiet moments he reflects on his childhood; the passing of his mother and the strained relationship with his father. Bernice, his pregnant older lover, vanishes one day – without ever confirming that the baby was his.

Now unemployed, Q’s life takes a peculiar turn as he searches for her. He finds himself on a haphazard journey to Misty Hills. And it is here, in a field of sunflowers, that he may find the answers that he’s been seeking.

The Scent of Bliss is an intimate look into Q’s life as he struggles with his anxiety disorder, the sombre memories of his childhood and the sense of not belonging. This novella is also a love tale that explores anguish and survival, and the absurdities that define the human condition.

Posted by NB-Uitgewers/Publishers on Tuesday, February 12, 2019