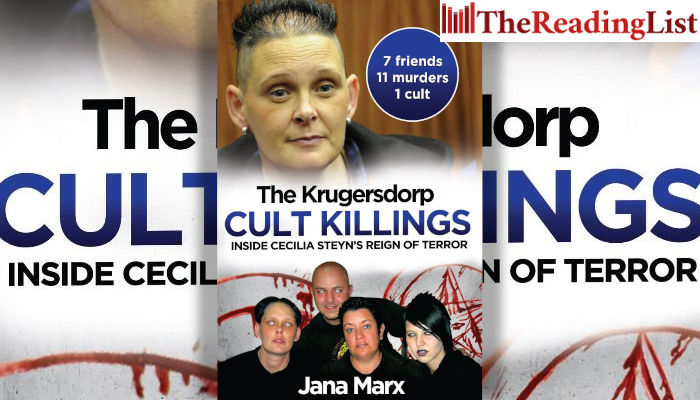 Chai FM kicked off 2021 with a gripping interview with journalist and author Jana Marx about her book The Krugersdorp Cult Killings: Inside Cecilia Steyn’s Reign of Terror.

In her true crime story, Marx investigated how intelligent, seemingly ordinary people could commit 11 murders from 2012 to 2016 for their leader, Cecilia Steyn.

‘This was not a battle between satanism and Christianity,’ Marx says in the interview. ‘She used religion to manipulate people.’

The more she researched Steyn, the more Marx realised that her killings had nothing to do with satanic rituals. ‘These people were brutally murdered, there was nothing ritualistic about it,’ she says.

She discovered that Steyn fabricated her belief system by borrowing from different cults and crimes.

‘She loved American serial killers – Charles Manson, Son of Sam and all that – and she took elements of their crimes and incorporated it into her set of beliefs that she called satanism or, later, Christianity.’

So, what were the true motives behind these killings?

Listen to the interview to find out: