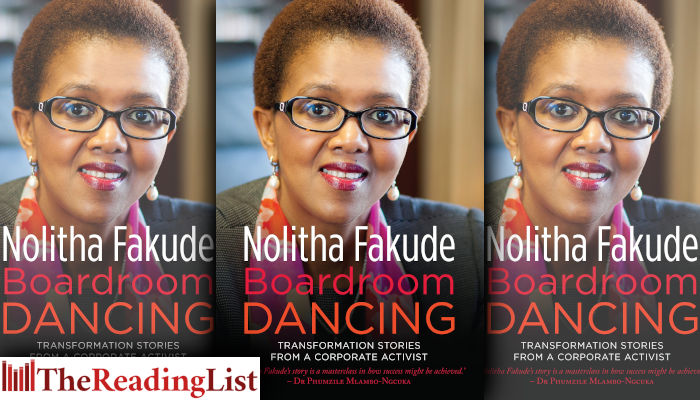 Nolitha has earned a well-deserved reputation as a corporate activist, and in her memoir she shares her story for the first time.

‘Nolitha Fakude’s story is a masterclass in how success might be achieved.’ – Dr Phumzile Mlambo-Ngcuka, Secretary-General of the United Nations and Executive Director of UN Women

Corporate activist and inspirational businesswoman Nolitha Fakude has spent her 29-year career focusing on the development of women and marginalised communities in the workplace and society.

A passionate advocate for diversity and inclusion, she has been best known for driving transformation. She was also managing director and then president of the Black Management Forum (BMF) from 2003 to 2006.

After being on this earth for more than five decades, surely I had earned the right to tell ‘Our story’ of corporate South Africa’s transformation from my perspective, for My story is Our story. My story is a tale of many shared experiences that so many of us who grew up in South Africa pre-1994 with affirmative action and post-1994 with employment equity know so well. As much as the characters I describe along my journey may be completely different to yours, so, too, might they be familiar, or even shockingly close.

It should come as no surprise that this memoir demonstrates that in my case the ‘personal is political’, both at home as well as professionally. As I moved between the different boardrooms that I was involved with at the time, the political context was always there. The black economic empowerment and transformation mandate was implicit in everything I (we) did. Against many odds, as black professionals in the 90s and black women professionals in particular, we had everything thrown at us to slow down our career trajectories, from comments about our engagement style (perceived as aggressive and not assertive), to comments about our heavy African accent and including the label of not being ‘ready’ every time an opportunity for promotion presented itself. It took great tenacity but we thrived and excelled, not least because we knew that anything less would reinforce the negative stereotypes at play at the time.

From 1 September 2019, Nolitha has taken an executive position as Group Director and Chairman of Anglo American’s Management Board – the largest mining company in South Africa.

In her forthcoming memoir, Boardroom Dancing, Nolitha tells the story of her corporate life – from her childhood as a shopkeeper’s daughter in the Eastern Cape, to her very senior positions at some major blue-chip companies, including Woolworths, Nedbank and Sasol.

Nolitha presently serves on numerous boards including the JSE Limited and Afrox Limited.

Boardroom Dancing is her personal journey, as well as a lesson for South Africans committed to the transformation of boardrooms and the economy. This will be an inspirational book for women looking for role models in their journey through the corporate world.