Welcome to My Table by Siba Mtongana – the Queen of Convenience!
More about the book! 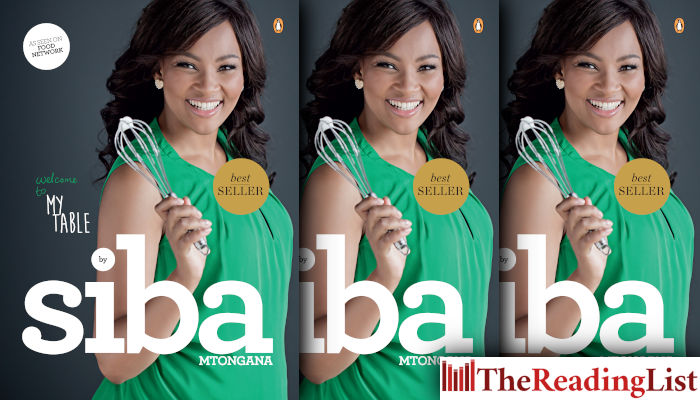 Welcome to My Table by Siba Mtongana is out now from Penguin Random House SA!

Calling all busy professionals, married or single parents, young people who want to glam up their meals but don’t have the time to spend hours in the kitchen – this is the book for you!

Although Welcome to My Table by Siba Mtongana was previously self-published in 2015, it had a relatively limited distribution presence.

Now updated and published by Penguin Random House, it is sure to find a wider, appreciative readership, looking for new inspiration in the kitchen as they settle in to a new mindset of making great food themselves, rather than relying only on eating out for that pleasure.

Siba Mtongana is the Queen of Convenience. She shows you how to make dinner in no time; and provides the kind of tips that’ll make something you whipped up in under an hour look like you’ve been slaving over the stove all day.

Siba’s recipes reflect her local roots, international food trends and some of the exotic flavours and ideas she’s picked up on her travels around the world. You’ll find ways to jazz up salads and veggies; discover deeply satisfying roasts and mouth-watering fish dishes. Her ‘Local is Lekker’ section provides a personal take on an array of traditional South African favourites. Sibalicious!

Siba Mtongana is well known for her show ‘Siba’s Table’ on DStv’s Food Network channel, which debuted in September 2013 and was an instant hit worldwide. It has been broadcast in more than 130 countries in Europe, the Middle East, Africa, USA, Australia and Asia.

When her show debuted in the USA in April 2014, it made her the first South African to have their own TV show in America broadcast on the The Cooking Channel (which has a reach of more than 60 million homes in the USA alone). Her previous award-winning cooking show, Cooking with Siba was aired on MNET’s Mzansi Magic while she was food editor of Drum magazine and it won a SAFTA (South African Film and Television Award) for Best Lifestyle and Variety Show in its first season. In 2014 she made Oprah magazine’s prestigious ‘2014 O Power List’ of 21 African women rocking the world, alongside Lupita Nyong’o, Dr Precious Moloi Motsepe, Winnie Madikizela-Mandela and Thuli Madonsela, to name a few. She has won three prestigious Galliova Awards for her recipe development, food styling and food journalism.

Siba has a degree in Food and Consumer Sciences, with majors in Food, Food Science and Nutrition.