Virtual book launch: When They Came For Me: The Hidden Diary of an Apartheid Prisoner by John R Schlapobersky (9 Jun)
More about the book! 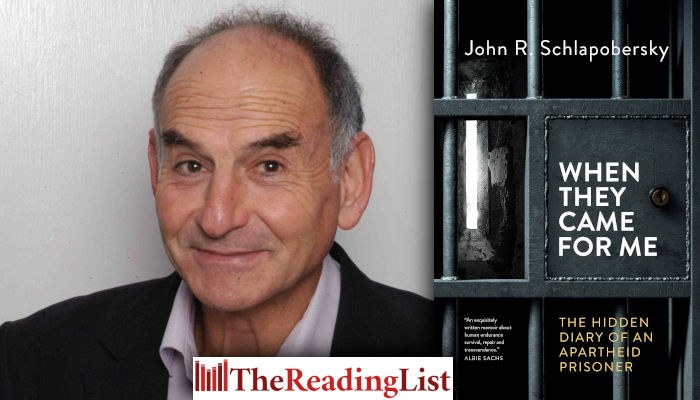 Join Judge Dennis Davis in conversation with consultant psychotherapist John Schlapobersky as they discuss his struggle for survival laid out in his detailed memoir.

This webinar is being hosted by the Daily Maverick.

When They Came For Me: The Hidden Diary of an Apartheid Prisoner is out now from Jonathan Ball Publishers.

In 1969, while a student at Wits University, Schlapobersky was arrested for opposing apartheid and tortured, detained and eventually deported. Interrogated through sleep deprivation, he later wrote secretly in solitary confinement about the struggle for survival.

In this exquisitely written memoir, written half a century after the event, the author reflects on the singing of the condemned prisoners, the poetry, songs and texts that saw him through his ordeal, and its impact.

He transformed his life – guided by a sense of hope – working as a psychotherapist with a continuing focus on rehabilitation with others. Apartheid and its resistance come to life in this story to make it a vital historical document, one of its time and one for our own.