There’s nothing gung-ho in the pages of Angolsh – only stubborn dirt, stifling heat, tough guys and tortured souls
More about the book! 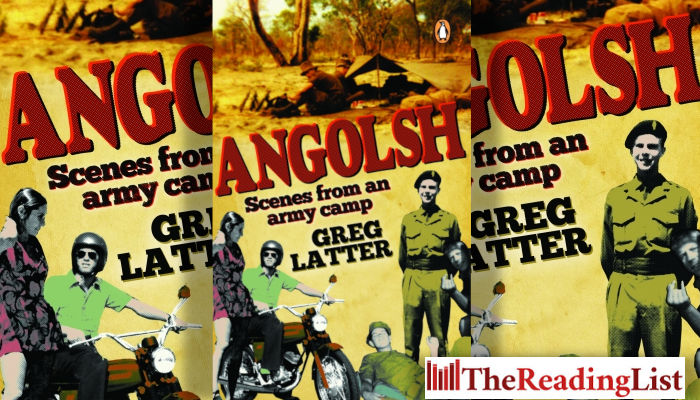 From the pen of award-winning writer and film director Greg Latter comes a war memoir like no other – Angolsh: Scenes from an Army Camp.

In early 1976 while working underground as a blaster on ERPM gold mine in Boksburg, Latter was called up for a three-month army camp in Angola, and there was no getting out of it. The truth is, he was actually keen to go. This story is about those three months, told from the day he received his call-up telegram to the day after he got back.

There is nothing gung-ho in the pages of this book. It’s mainly about the cock-ups, of which there were countless, the major one involving Greg himself. It’s also about the kak food and contraband dagga, the rumours and the confusion, the stubborn dirt and the stifling heat, local Angolans and Portuguese refugees, tough guys and tortured souls.

Written with humour and humanity, Angolsh evokes the atmosphere of the 1970s and tells the story of a man coming of age.

Greg Latter is an award-winning South African writer and film director who has worked all over the world. He is the recipient of the Thomas Pringle Award for Creative Writing (1982), the Sithengi Best Screenplay Award (2005), the SA Film and Television Awards Best Screenplay (2007) and the Naledi Best Play Award (2011). In a career spanning 35 years, he has produced 22 feature films, 11 TV series and five plays.