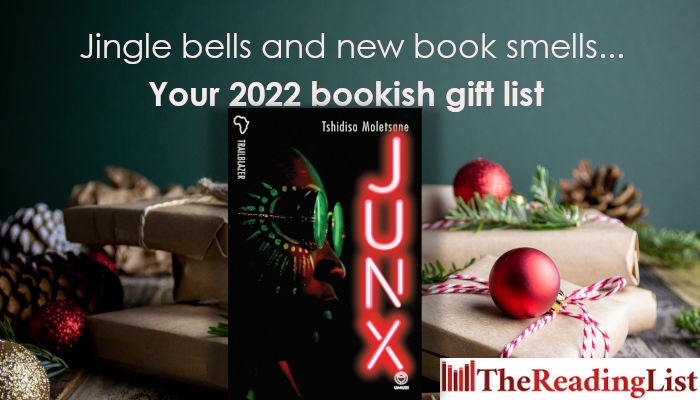 Forget scented candles and ironic T-shirts – give your literary friends the perfect gift this festive season! Here are five of the best novels and short story collections of 2022: 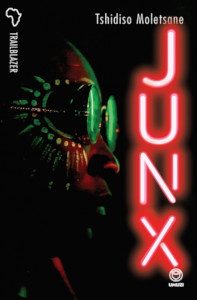 In Dobsonville, a few hours before the party of the year, a guy shares a joint with his friend Ari. Ari is always right. Ari is also imaginary. And winged.

In a few hours, while Ari plays both angel and demon on his shoulder, our man will end up joyriding to a brothel in a snatched tourist rental car.

Prepare for a party night that courses from Soweto to the Joburg CBD as Tshidiso Moletsane’s explosive novel and winner of the 2022 Sunday Times Fiction Prize serves shots of sex, drugs and anxiety while tearing into life, death, race and politics, with consequences only Ari could have seen coming.

In The Company of Men by Véronique Tadjo

In a series of moving snapshots, Véronique Tadjo illustrates the terrible extent of the Ebola epidemic, through the eyes of those affected in myriad ways: the doctor who tirelessly treats patients day after day in a sweltering tent, protected from the virus only by a plastic suit; the student who volunteers to work as a gravedigger while universities are closed, helping the teams overwhelmed by the sheer number of bodies; the grandmother who agrees to take in an orphaned boy cast out of his village for fear of infection. And watching over them all is the ancient and wise Baobab tree, mourning the dire state of the earth yet providing a sense of hope for the future.

Drawing on real accounts of the Ebola outbreak that devastated West Africa, this poignant and, given the pandemic, timely fable reflects on both the strength and the fragility of life and humanity’s place in the world. Tadjo was awarded the LA Times Fiction Award for In the Company of Men, an award ‘dedicated to discovering new voices and celebrating the highest quality of writing across the spectrum of book publishing’. Judges called it ‘unlike anything we’ve ever read … gripping and prescient’. Read an excerpt from In the Company of Men.

The Quality of Mercy by Siphiwe Gloria Ndlovu 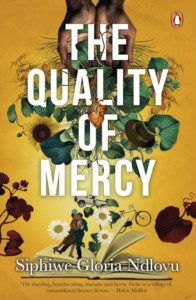 In her most magnificent novel yet, award-winning author Siphiwe Gloria Ndlovu showcases the history of a country transitioning from a colonial to a postcolonial state with a deft touch and a compassionate eye for poignant detail.

Linked to The Theory of Flight and The History of Man, Ndlovu’s novel nevertheless stands alone in its evocation of life in the City of Kings and surrounding villages.

Dickensian in its scope, with the proverbial bustling cast of colleagues both good and bad, villagers, guerrillas, neighbours, ex-soldiers, suburban madams, shopkeepers, would-be politicians and more, The Quality of Mercy proposes that ties of kinship and affiliation can never be completely broken – and that love can heal even the most grievous of wounds. 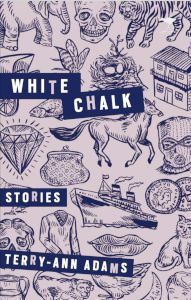 Following on from the critical acclaim of Those Who Live in Cages, Terry-Ann Adams’s latest book, White Chalk, is a collection of short stories set in Eldorado Park, the site of Adams’s inspiration.

Her sentences positively glow as she documents the wonders and sadnesses of everyday life. These rich and powerful stories confirm Adams’s place as one of the brightest stars of new South African writing.

Everyday life in these stories centres can be pregnancy, death, getting the fahfee numbers from gran, what to wear to a matric ball if you are from Eldos and you want to look like Princess Diana. These stories are nothing short of miraculous – read an extract.

Across the Kala Pani by Shevlyn Mottai 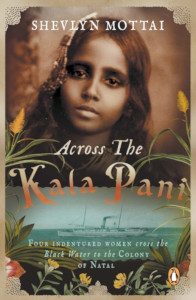 In 1909, four women board a ship in Madras to cross the Kala Pani, the ‘black water’, to Natal. Lutchmee, a young widow, has escaped her vengeful mother-in-law and self-immolation on her husband’s funeral pyre. Vottie, from the Brahmin caste, is an educated girl whose abusive husband tries to hold on to his caste at all costs. Chinmah, heavily pregnant when she boards the ship, is married to an older man as part of an unpaid debt. Dazzling but shy Jyothi is single.

On board the ship, the women will form friendships and alliances. They will help each other through trial and trauma, even after they arrive and are separated.

The epic stories of these immigrants – the brave, the bold, the kind; the weak, the cruel, the cowardly – are woven into the fabric of South Africa’s Indian population today. Shevlyn Mottai has drawn on her ancestors’ history to highlight the bonds formed between women during adversity, and to celebrate their journeys of tragedy and triumph.