The Mastermind – The extraordinary story of Paul Le Roux from Krugersdorp, who became an international digital-age crime boss
More about the book! 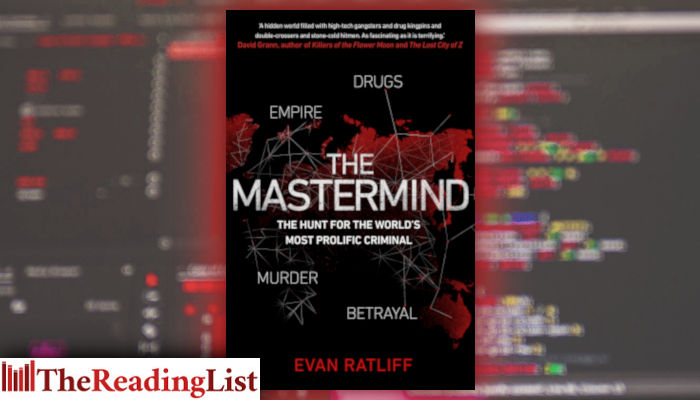 The Mastermind: Drugs. Empire. Murder. Betrayal. – the extraordinary story of Paul Le Roux – one of the world’s most prolific criminals – and the US government’s clandestine efforts to bring him down.

‘A hidden world filled with high-tech gangsters and drug kingpins and double-crossers and stone-cold hitmen. As fascinating as it is terrifying.’
– David Grann, author of Killers of the Flower Moon and The Lost City of Z

The Mastermind tells the true story of Paul Le Roux, the frighteningly powerful creator of a 21st Century cartel, and the decade-long global manhunt that finally brought his empire to its knees.

From its origins as a prescription drug network, supplying hundreds of millions of dollars’ worth of painkillers to online customers, Le Roux’s business evolved into a sprawling multinational conglomerate engaged in almost every conceivable aspect of criminal mayhem. Yachts carrying $100 million in cocaine. Safe houses in Hong Kong filled with gold bars. Shipments of methamphetamine from North Korea. Weapons deals with Iran. Mercenary armies in Somalia. Teams of hitmen in the Philippines. All tied together with encryption programs so advanced that government agencies could not break them.

Tracing Le Roux’s vast wealth and his shadowy henchmen around the world, award-winning journalist Evan Ratliff spent four years piecing together this intricate network. His investigation reveals a tale of ambition and greed, and exposes a new age of international crime in which a reclusive entrepreneur can thrive, combining the ruthlessness of a drug lord with the technological capabilities of a Silicon Valley firm to build an empire in the shadows of our networked world.

The result is a riveting, unprecedented account of the most prolific crime boss built by and for the digital age.

Evan Ratliff is an award-winning journalist and the co-founder and former editor-in-chief of The Atavist Magazine. As a longtime contributor to Wired, The New Yorker, National Geographic, Outside, and other magazines, he has reported from around the globe on transnational crime, science and technology, the environment, terrorism, and corruption. He is a two-time finalist for the National Magazine Awards, and his writing has been selected for numerous Best American collections. His 2009 Wired story ‘Vanish’, about his attempt to disappear and the public’s effort to find him, was selected by the magazine as one of the twenty best stories in its history. He also cohosts the acclaimed Longform podcast and was a founding editor of Pop-Up Magazine, a live journalism event that tours the United States. He is the co-author of Safe: The Race to Protect Ourselves in a Newly Dangerous World, about innovation and counterterrorism, and the editor of the collection Love and Ruin: Tales of Obsession, Danger and Heartbreak.