The Goodbye Man by Jeffery Deaver: Say goodbye to your problems, your freedom and your life
More about the book! 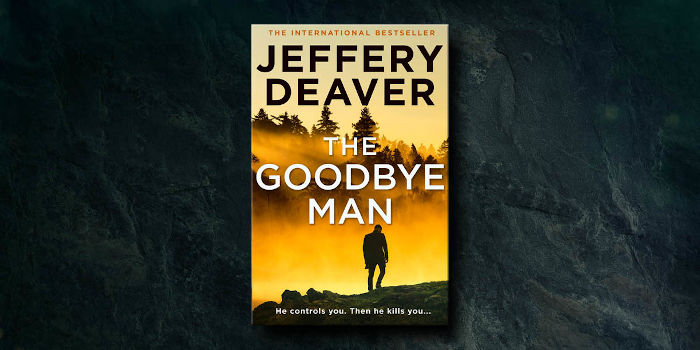 The gripping new thriller from the No.1 Sunday Times bestseller Jeffery Deaver

Say goodbye to your problems
In pursuit of two armed fugitives in the wilderness of Washington State, unique investigator Colter Shaw witnesses a shocking suicide. This leads him to the Foundation – a cult that promises to transform people’s lives. But is there more to it than meets the eye?

Say goodbye to your freedom
Shaw goes undercover to expose the Foundation’s real purpose. Before long he meets the charismatic leader Master Eli, a man who commands terrifying loyalty from his followers.

Say goodbye to your life
Something truly dark is going on beneath the surface of the idyllic community. And as Shaw peels back the layers of truth, he begins to see there is only one way to escape the Foundation … and the price for that freedom might well be your very life.

Jeffery Deaver is the bestselling author of over thirty novels, including the 2011 authorised James Bond thriller, Carte Blanche, three collections of short stories and a non-fiction law book. A former journalist, attorney, and folksinger, he has received or been shortlisted for numerous awards around the world, including Novel of the Year from the International Thriller Writers Association for The Bodies Left Behind, the Steel Dagger for Best Thriller from the British Crime Writers’ Association, and the British Thumping Good Read Award. He was recently shortlisted for the ITV3 Crime Thriller Award for Best International Author.