The Dutch House – a masterpiece from award-winning, international bestselling author Ann Patchett
More about the book! 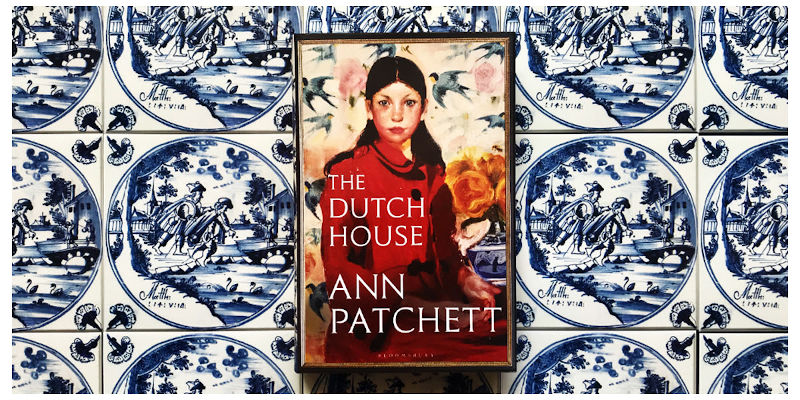 Ann Patchett’s unforgettably powerful new novel The Dutch House – a story of love, family, sacrifice and the power of place.

‘”Do you think it’s possible to ever see the past as it actually was?” I asked my sister. We were sitting in her car, parked in front of the Dutch House in the broad daylight of early summer.’

Told with Patchett’s inimitable blend of wit and heartbreak, The Dutch House is a story of the powerful bonds of place and time that magnetise and repel us for our whole lives, and the lives of those who survive us.

Patchett is the author of seven novels and three works of non-fiction. She has been shortlisted for the Orange Prize for Fiction three times; with The Magician’s Assistant in 1998, winning the prize with Bel Canto in 2002, and was most recently shortlisted with State of Wonder in 2012. She is also the winner of the PEN/Faulkner Award and was named one of Time magazine’s 100 Most Influential People in the World in 2012. Her work has been translated into more than 30 languages.

‘Patchett blends wisdom and humanity jointly with the icy forensic gaze of someone not afraid to expose the frailties of human behaviour … Read it. – Jojo Moyes

‘What a spectacular novel. A masterpiece, I’d say’ – Cathy Rentzenbrink

‘The buzz around The Dutch House is totally justified. Her best yet, which is saying something’ – John Boyne

‘If there’s a better, more poignant or involving novel than The Dutch House published this year, I will be very, very surprised’ – Andrew Holgate, The Sunday Times

Danny Conroy grows up in the Dutch House, a lavish folly in small-town Pennsylvania taken on by his property developer father. Though his father is distant and his mother is absent, Danny has his beloved sister Maeve: Maeve, with her wall of black hair, her delicacy, her brilliance. Life is comfortable and coherent, played out under the watchful eyes of the house’s former owners in the frames of their oil paintings, or under the cover of the draperies around the window seat in Maeve’s room.

Then one day their father brings Andrea home: Andrea, small and neat, a dark hat no bigger than a saucer pinned over a twist of her fair hair. Though they cannot know it, Andrea’s advent to the Dutch House sows the seed of the defining loss of Danny and Maeve’s lives. Her arrival will exact a banishment: a banishment whose reverberations will echo for the rest of their lives.

For all that the world is open to him, for all that he can accumulate, for all that life is full, Danny and his sister are drawn back time and again to the place they can never enter, knocking in vain on the locked door of the past. For behind the mystery of their own enforced exile is that of their mother’s self-imposed one: an absence more powerful than any presence they have known.