‘The definitive portrait of a great South African’ – Sol Plaatje: A Life of Solomon Tshekisho Plaatje 1876–1932 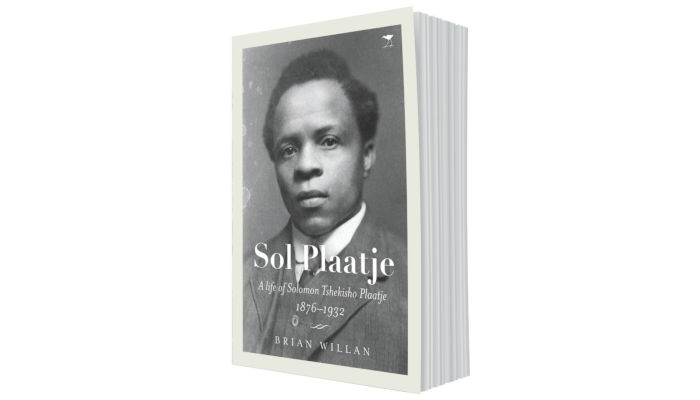 Celebrating one of South Africa’s most accomplished political and literary figures: Sol Plaatje: A Life of Solomon Tshekisho Plaatje 1876–1932 by Brian Willan.

Today Sol Plaatje is celebrated as one of South Africa’s most accomplished political and literary figures. He was a pioneer in the history of the black press, editor of several newspapers, one of the founders of the African National Congress in 1912, led its campaign against the notorious Natives Land Act of 1913 and twice travelled overseas to represent the interests of his people.

He wrote a number of books, including – in English – Native Life in South Africa (1916), a powerful denunciation of the Land Act and the policies that led to it, and a pioneering novel, Mhudi (1930). Years after his death his diary of the siege of Mafeking was retrieved and published, providing a unique view of one of the best known episodes of the South African War of 1899–1902.

Sol Plaatje: A Life of Solomon Tshekisho Plaatje 1876–1932 tells the story of Plaatje’s remarkable life, setting it in the context of the changes that overtook South Africa during his lifetime and the huge obstacles he had to overcome.

It draws upon extensive new research in archives in southern Africa, Europe and the US, as well as an expanding scholarship on Plaatje and his writings.

It takes a historian who was invested many years in research to write a biography as detailed as this one. Willan relates Plaatje’s story with such amazing skill that this biography is a pleasure to read. It is as detailed as it is beautifully written in accessible language. – Sabata-mpho Mokae

When a master craftsman spends decades engaging with a historical figure of towering proportions and importance, one has all the makings of a classic. Willan’s Sol Plaatje should stand – centre-shelf – in every personal and public library in Southern Africa and beyond because it offers us a magnificent evocation of the life of one of our greatest countrymen. – Charles van Onselen

This is a commanding – and important – biography of Sol Plaatje with a clear purpose, to bring to light a story of how this very remarkable South African figure understood himself and to illuminate the ideas and beliefs that sustained him. A blockbuster of humane historical writing and a monumental research achievement. – Bill Nasson