The Dark Hours – the gripping new thriller from Michael Connelly – out now!
More about the book! 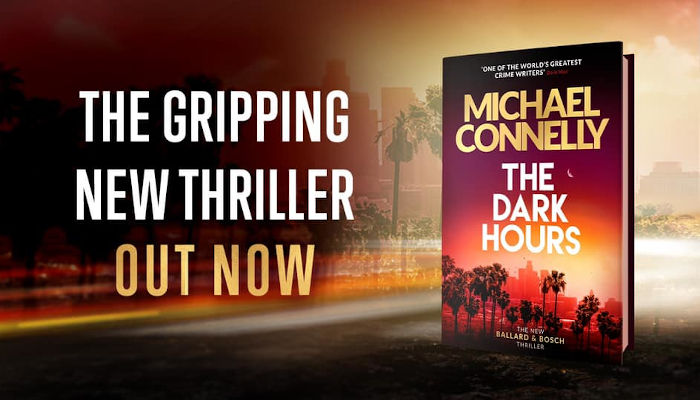 The Dark Hours by Michael Connelly is out now from Jonathan Ball Publishers.

Detective Renée Ballard is working the graveyard shift again, and returns to Hollywood Station in the early hours only to find that an older man has snuck in and is rifling through old file cabinets.

The intruder is none other than legendary LAPD detective Harry Bosch, working a cold case that has gotten under his skin. Ballard kicks him out, but eventually Bosch persuades her to help and she relents.

Bosch is investigating the death of fifteen-year-old Daisy Clayton, a runaway who was brutally murdered. He crossed paths with her devastated mother while working a previous case, and Daisy’s story has seized hold of him.

Now, Ballard joins forces with Bosch and his former partner Lucia Soto to find out what happened to Daisy and finally bring her killer to justice …

Michael Connelly is the author of 34 previous novels, including the #1 New York Times bestsellers Dark Sacred Night, Two Kinds of Truth, and The Late Show. His books, which include the Harry Bosch series and the Lincoln Lawyer series, have sold more than 80 million copies worldwide. Connelly is a former newspaper reporter who has won numerous awards for his journalism and his novels. He is the executive producer of Bosch, starring Titus Welliver, and the creator and host of the podcast Murder Book. He spends his time in California and Florida.