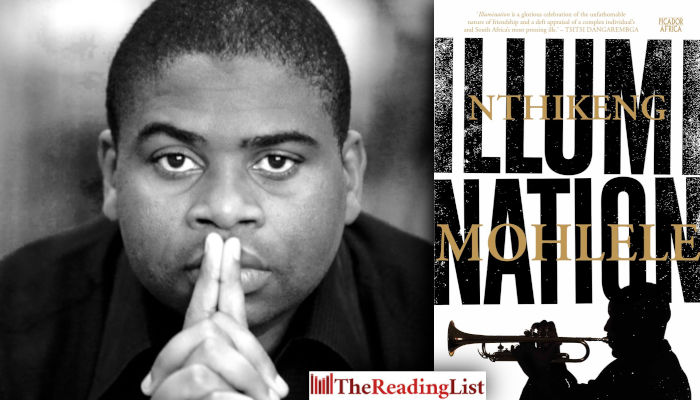 Illumination is a glorious celebration of the unfathomable nature of friendship and a deft appraisal of a complex individual’s and South Africa’s most pressing ills.
– Tsitsi Dangarembga

Bantubonke is an accomplished and revered jazz trumpeter, composer and band leader in decline – an absent present and inadequate spouse. He lives for art at the expense of all else, an imbalance that derails his life and propels him to the brink of madness and despair.

A story of direct and implied betrayals, Illumination is an unrelenting study of possession and loss, of the beauty and uncertainty of love, of the dangers and intrusions of fame.

Illumination will be released in February 2019.

Illumination is, in part, an exploration of the nature and pitfalls of an artistic life. The backbone of the narrative is essentially a love story, but also how the charges and passions inherent in art, particularly music, interface and become transformed when fused with passions and anxieties of a more personal and discreet kind.

The book is also, to an extent, engaged with South African history, past and present, without necessarily being a historical novel in the classic sense. There is a duality in that it dabbles in history as an occurrence and recording of events, a social science, as well as denotes a literary genre: the historical novel.

In a sense, Illumination also anticipates exhaustion of and contradictions present in history and arts as narrative fuel, as a thematic anchor points.

A story of direct and implied betrayals, here's the cover for @NthikengMohlele's new novel. Releasing in February 2019, #Illumination is an unrelenting study of possession and loss, of the beauty and uncertainty of love, of the dangers and intrusions of fame. pic.twitter.com/77iPibu0WI