The Butterfly Girl by Rene Denfeld – a novel Margaret Atwood calls ‘heartbreaking, finger-gnawing, and yet ultimately hopeful’
More about the book! 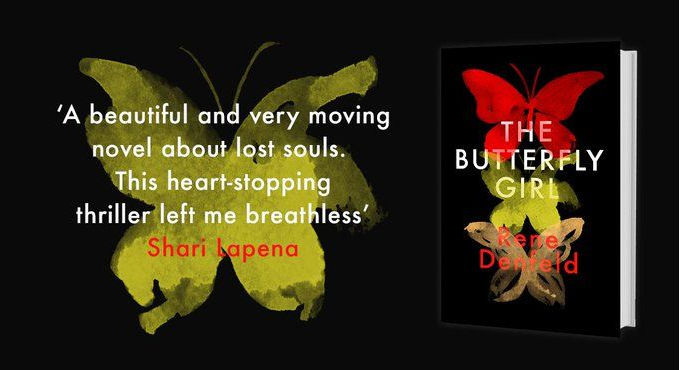 From the highly praised author of The Child Finder and The Enchanted comes The Butterfly Girl, a riveting novel that ripples with truth, exploring the depths of love and sacrifice in the face of a past that cannot be left dead and buried.

‘A heartbreaking, finger-gnawing, and yet ultimately hopeful novel by the amazing Rene Denfeld.’ – Margaret Atwood, via Twitter

The Butterfly Girl by Rene Denfeld is out now from Jonathan Ball Publishers.

After captivating readers in The Child Finder, Naomi—the investigator with an uncanny ability for finding missing children—returns, trading snow-covered woods for dark, gritty streets on the search for her missing sister in a city where young, homeless girls have been going missing and turning up dead.

Naomi Cottle is an investigator who finds missing children. But the one child she has never been able to find is her sister. The two were abducted when they were very young but only Naomi managed to escape. Now, twenty years later, there is at long last a clue that her sister might still be alive.

Celia is a street child. Her life is tough and she has seen more things that any child should. But the local librarian turns a blind eye when she goes there almost every day to gaze at her favourite book, where she escapes, through her imagination, into a world of wheeling, colourful butterflies.

However someone is watching Celia. Street children have been going missing and the town has been turning a blind eye. It is only when Naomi turns up, looking for her sister, that they find someone who will listen to them. And someone who might give them hope.