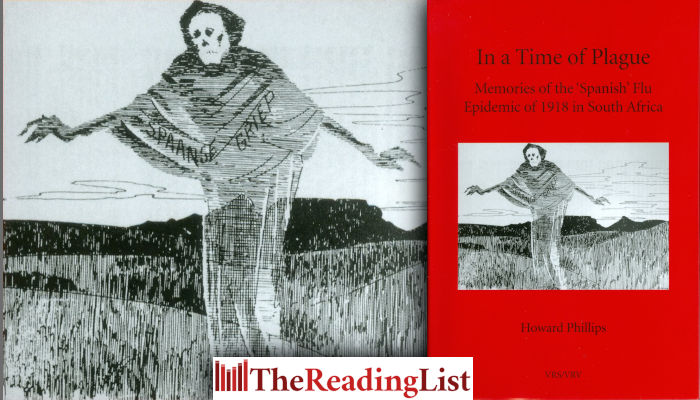 Watch Howard Phillips discussing the moving and fascinating memories of survivors of the last great plague in South Africa, the ‘Spanish’ flu of 1918.

Phillips was in conversation with Finuala Dowling as part of UCT’s Summer School series on the real experiences of the Covid-19 pandemic.

Eyewitness accounts collected in Phillips’s recent publication, In a Time of Plague: Memories of the ‘Spanish’ Flu Epidemic of 1918 in South Africa, offer fascinating parallels with our current situation under Covid-19 as well as an extraordinary glimpse into Cape Town and South Africa one hundred years ago.

The so-called ‘Spanish’ influenza epidemic of 1918 (tellingly dubbed ‘Black October’ by contemporaries in South Africa) was the worst disease episode ever to hit the country. Part of the global pandemic which killed about 3% of the world’s inhabitants in little over a year, in hard-hit South Africa it claimed some 350,000 lives (or 5% of the population) in six weeks in September-October of 1918.

During those dreadful weeks the country struggled to keep functioning in the face of this debilitating disease and consequent deaths. In flu-ravaged cities like Kimberley, Cape Town and Bloemfontein corpse-laden carts trundled through the streets to collect the dead and take them to hard-pressed cemeteries, scenes never seen before or since in the country; in the countryside silence reigned as deaths in kraals and on farms reduced helpless inhabitants to desperate straits. A whole generation of flu orphans appeared almost overnight.

This volume graphically captures this short but unprecedented crisis in South Africa’s history through the memories of 127 survivors of the epidemic. Recorded on tape and in letters in the 1970s, these evoke the horror of ‘Black October’, providing unique, first-hand accounts of what these men and women saw and heard, how they coped medically, materially and psychologically and what mark this experience left on their lives. The memories of this very wide array of South Africans vividly evoke what it was like to live in and to live through a time of plague. As one survivor put it, ‘That’s worse than war.’

He specialises in the history of disease, medicine and health and in the history of higher education and has written several books in these fields, among which are At the Heart of Healing: Groote Schuur Hospital 1938–2008, In a Time of Plague and UCT 1918–1948: The Formative Years. His most recent book, UCT Under Apartheid: From Onset to Sit-in, 1948–1968, is out now from Jacana Media.