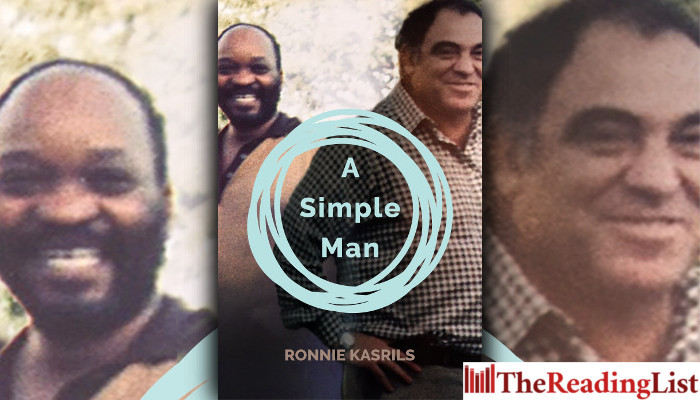 A Simple Man: Kasrils and the Zuma Enigma is a page-turner that courageously exposes the intrigues underway and threats to our young democracy.

A stark warning rings out of what may face us all if urgent systemic remedies are not taken.

Written like a thriller in the engaging style of his previous best sellers about the liberation struggle, this book takes up the tale in 2004 when Ronnie Kasrils became Minister of Intelligence, and continues to the present day.

‘Yes, comrade President, I think Russia will stand by Iran,’ I was mouthing, though my thoughts were mesmerised by the swinging pendulum. The fifteen-minute chime. The clock needed oiling. A big gulp of the amber fluid. Aziz was rattling on. Mbeki was thoughtful. The man was oblivious to the passing of time … nine interminable minutes more and his presidency would be over.

‘Uncle Ronnie, Jacob Zuma has raped me,’ was the call I received on my mobile phone. The woman added, ‘This is Fezeka.’ My body geared to the shock as though someone was pointing a gun at me: blood ran cold, neck hairs prickled, throat turned dry, mind strove to focus.

Kasrils fought against the lies and abuses of state resources at the cost of his party popularity. His struggle for the truth, for that is what the book is about, covers the tumultuous years that saw Mbeki’s overthrow and replacement by Zuma at the ANC’s Polokwane Conference, the scandal around the Nkandla property, growing militarisation of the police resulting in the Marikana Massacre, the outrageous appointment of flunkies to high office, the present ‘state capture’ report and the unseemly relationship with the Gupta group.

The confusion engendered by Zuma has led Kasrils to explain the enigma and contradictions of the man giving rise to the book’s title. But uppermost in his mind is to explain that corruption and the abuse of power does not begin with Zuma. His thesis points to the compromises on the economy going back to Mandela and the negotiations of the 1990s which he refers to as a ‘Faustian Pact’. Political power but not control of the economy occurred.

The latter factor has given rise to the problems of inequality, unemployment, poverty, protest and frustration that besets the country. Kasrils argues that the scandalous corruption and crony capitalism under Zuma is symptomatic of underlying contradictions. Merely replacing Zuma without dealing with the economic factors will not solve the problem and time is running out. Kasrils suggests firm remedies to urgently turn around the situation in the interests of all.

Ronnie Kasrils is author of Armed and Dangerous, which has been translated into German, Russian and Spanish and the Alan Paton Award winning The Unlikely Secret Agent translated into French.

Have you ever wondered why birds often fly in formation? Beat About the Bush: Exploring the Wild is the book for you!