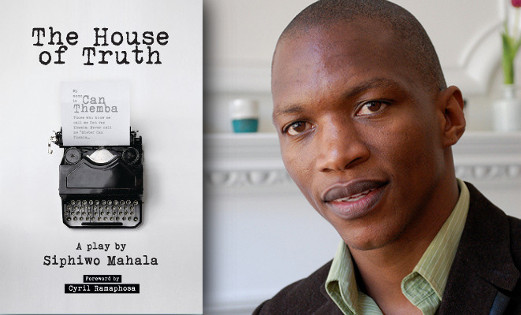 The House of Truth by Siphiwo Mahala – a play inspired by the life of legendary South African writer and journalist Can Themba – will be launched this month.

The House of Truth was Can Themba’s single room bachelor flat located at 111 Ray Street in Sophiatown of the 1950s. With the House of Truth, Themba was opening a platform for candid debate, and all those who were interested in intellectual engagement, black and white, were welcome. According to Stan Motjuwadi, Themba’s former student, the House of Truth was ‘Can’s way of cocking a snook at snobbery, officialdom and anything that smacked of the formal. Everybody but a snob was welcome at the House of Truth.’

After successful performances at the Grahamstown National Arts Festival, Market Theatre and Soweto Theatre, the play is now available in book form. The book is published by Iconic Productions, a new black-owned production house, with support from the Centre for the Book.

The book will be launched on Friday, 8 September 2017, which marks the 50th anniversary of the passing of Can Themba. The eighth of September is also celebrated globally as International Literacy Day and in South Africa it falls within National Book Week, which will be from 5-11 September. 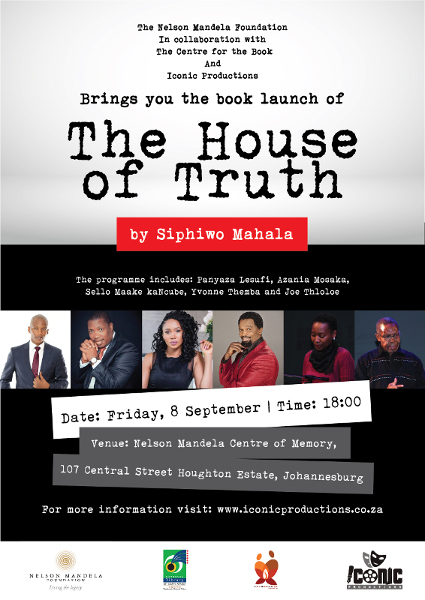 The event will be paying homage to Themba as a distinguished teacher, writer and journalist, while at the same time highlighting the importance of literacy and a culture of reading.

The programme director will be radio personality Azania Mosaka, with the keynote address by Panyaza Lesufi, the MEC for Education, and the programme features a discussion with prominent individuals like former Press Ombudsman, Joe Thloloe, business executive and Can Themba’s daughter, Yvonne Themba, and a special performance by distinguished actor, Sello Maake kaNcube.

The Details of the event are as follows:

Who was Can Themba?

Daniel Canodoce Themba (Can Themba) was born on 21 June 1924, in Marabastad, Pretoria. He grew up partly in the township of Atteridgeville and did his schooling at Khaiso Secondary School, a boarding school situated near Polokwane. He was the first recipient of the Mendi Memorial Scholarship with which he studied at the University of Fort Hare from 1945-1947, graduating his BA degree with a distinction in English. He later returned to University to study towards the University Education Diploma. He worked as a teacher at various schools, including Madibane High in the Western Township, as well as the Central Indian High School in Fordsburg. In 1953 he won the inaugural Drum short story competition and joined the magazine as a reporter and later became the associate editor. He left Drum in 1959 and later went into exile in Swaziland. In 1966 he was banned under the Suppression of Communism Act of 1950. He died of coronary thrombosis while in his flat in Manzini on 8 September 1967. His work was published posthumously in: The Will to Die (1972), The World of Can Themba (1985) and Requiem for Sophiatown (2006). He has received numerous accolades posthumously, including the Order of Ikhamanga in Silver for ‘Excellent Achievement in Literature, contributing to the field of journalism and striving for a just and democratic society in South Africa’, which was awarded by President Thabo Mbeki in 2006.

Siphiwo Mahala is a prominent novelist, short story writer and a great admirer of Can Themba’s work. His books include the novel When A Man Cries, which he translated to his native isiXhosa as Yakhal’ Indoda, and African Delights, a collection of short stories which includes one of his most celebrated works, ‘The Suit Continued’, a rejoinder to Can Themba’s ‘The Suit’. In January 2016, The Guardian newspaper in the UK listed African Delights as one of the top 10 must-read books in the world. The House of Truth, Mahala’s debut play, was first performed by the venerable actor Sello Maake kaNcube at the Grahamstown National Arts Festival to rave reviews and sold-out shows. Born in Grahamstown, Eastern Cape province, Mahala is a graduate of the University of Fort Hare and holds a Master of Arts degree in African Literature from Wits University. He is a doctoral candidate at Unisa  with Can Themba as the focus of his research. He served as the head of Books and Publishing at the Department of Arts and Culture for a period of over 10 years. He was recently announced as one of the judges for the 2018 edition of the 9Mobile Prize for Literature (formerly known as the Etisalat Prize), the biggest literary prize for new writers on the African continent.