Read an excerpt from Pumla Dineo Gqola’s new book Reflecting Rogue: Inside the Mind of a Feminist
More about the book! 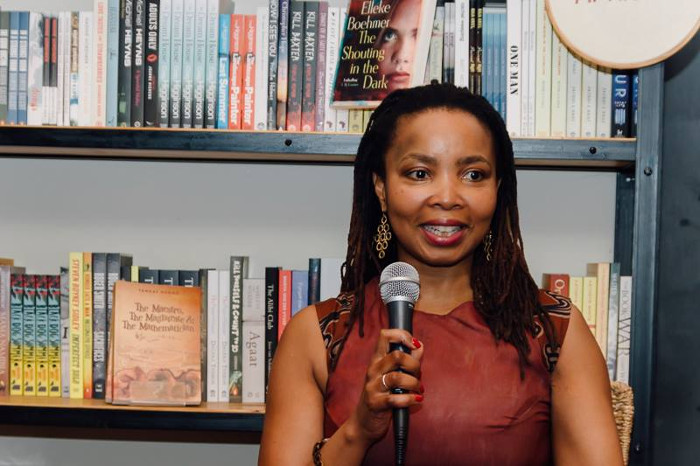 The Con has shared an excerpt from Reflecting Rogue: Inside the Mind of a Feminist by Pumla Dineo Gqola. 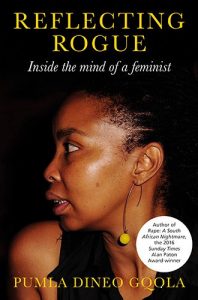 A celebration, meditation and roll call

I answered that we do so through cultivating feminist community, but I felt the inadequacy of my answer. This essay is another meditation on Kabura’s invitation.

One day, she called to check on me as she often did, while I had just returned from maternity leave and she found me on the brink of tears from exhaustion and exasperation. I was still learning how to bring the different parts of me together with the most recent transformation, and work was proving particularly difficult. I did not regret choosing to be a mother. I had made the decision with my eyes wide open and adored the baby I held to my breast as I spoke to Elaine on the phone. Not only had I chosen to be a mother consciously, this time, where I had known myself incapable, another time, but I had decided that I would try my best to be the best parent I could be: self-reflexive, attentive, and with a full life of my own.

One of the greatest gifts my parents gave me was this insistence on having their own lives even as they never let me doubt for a minute how essential I was to them, how adored and treasured I was. At thirty-four, I also knew that parenting was a landmine. As much gratitude as I had for how I was raised, at different times in my life I had resented my parents for choices they had made without which I would not have the life they gave me. I knew that this was not something I would be perfect at, that every decision made with love and even the best of intentions could nonetheless erupt into a volcano of arguments between my children and me.

This is what I held in my heart and head as I cried into the phone, but none of this had led to my tears. The source of my exasperation lay elsewhere. I told her about the unreasonable expectations at work that I would be able to do the same amount of work at home that I had done before I had a baby, and my feelings of betrayal because my partner had failed to officially take paternity leave. Although he alternated nights with me, doing night feeds and staying up with our baby so I could sleep, he had suddenly taken to mentioning taking paternity leave later as though it was some writing time. I felt betrayed because we both did work on gender that sought to transform the world, and so, even as he acted out this politics in our home with our baby, I was upset that he had chosen not to make that political step at work. I had known of men colleagues who routinely ridiculed the idea of paternity leave. It cut so deep that my partner had not taken paternity leave, that this decision became the second step in my eventual decision to leave him: the second betrayal we would never be able to come back from.