Read an excerpt from Fragile Monsters by Catherine Menon, a spellbinding debut novel about what happens when secrets fester through the generations
More about the book! 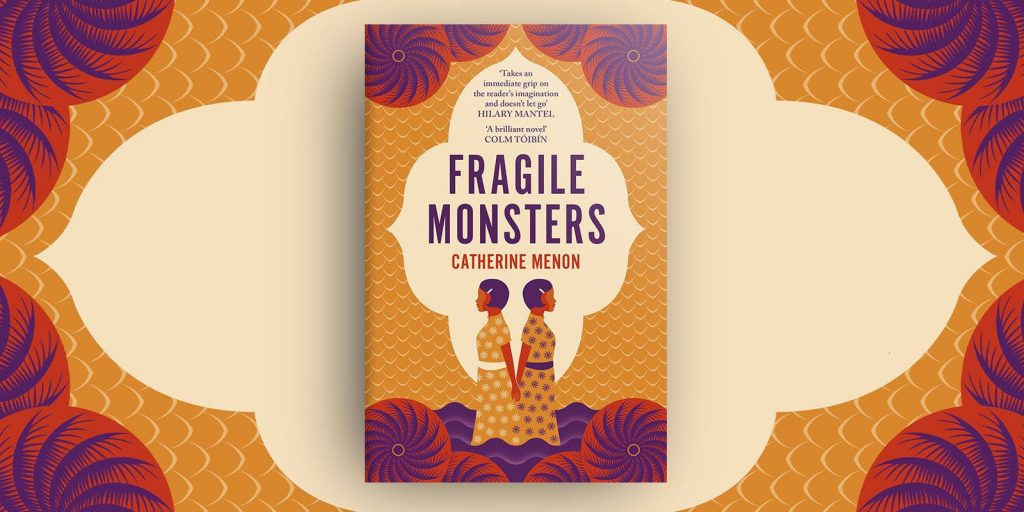 Mary is a difficult grandmother for Durga to love. She is sharp-tongued and ferocious, with more demons than there are lines on her palms. When Durga visits her in rural Malaysia, she only wants to endure Mary, and the dark memories home brings, for as long as it takes to escape.

But a reckoning is coming. Stuck together in the rising heat, both women must untangle the truth from the myth of their family’s past. What happened to Durga’s mother after she gave birth? Why did so many of their family members disappear during the war? And who is to blame for the childhood tragedy that haunts her to this day?

In her stunning debut novel Catherine Menon traces one family’s story from 1920 to the present, unravelling a thrilling tale of love, betrayal and redemption against the backdrop of natural disasters and fallen empires.

Written in vivid technicolour, with an electric daughter-grandmother relationship at its heart, Fragile Monsters explores what happens when secrets fester through the generations.

As they will learn, in a place ravaged by floods, it is only a matter of time before the bones of the past emerge.

A slap. A cry. Distress, which seems a poor enough start to things. Or perhaps it’s only temper. Mary, who will one day be my grandmother, is a little too young to distinguish yet.

In a year or so Mary will begin to talk. She’ll master words quickly, unlike her brother, but she’ll never enjoy his flights of fancy. She’ll want to keep her feet on the ground – unwise here in Malaya, where you never know if a dredging pit will give way or a swamp will open its jaws. Still, for the next seventy years Mary will travel cautiously, keeping a tight hold of what she knows.

To deal with Mary – to pin her stories down and get at the bones beneath – I’ll need something definite. Some rules that explain her, some axioms that strip away all those half-truths and quarter-lies and never-happened-at-alls. I’ll need something mathematical, incontrovertible as a proof from first principles. And if it goes wrong, I’ve only got myself to blame.

‘Aiyoh, Durga, you went to Letchumani for fireworks?’

Ammuma glares at the bright red bag I’m lifting out of my car. The trip’s only taken me an hour, but she’s already moved her rattan chair to the verandah’s edge to watch for me driving back into the compound yard. Her white widow’s sari is immaculate and clean-starched, and her skinny thighs make a shallow, mounded lap. She spends nearly all her time on the verandah now, rocking back and forwards in the sleepy heat. That was the first shock about returning to Malaysia: somewhere in the last decade my grandmother’s become old.

‘Kill us all,’ she adds, ‘these crazy ideas of yours, getting fireworks from the washer-man.’

Or perhaps not that old. She likes proper fireworks, I remember. All noise and glare, with a spice of danger if you stick your nose in too far.

It’s raining, and my sandals slip on the limestone steps as I carry the bag up to her. Sweat trickles down under my nylon shirt; I’ve been back two months but still can’t remember to dress for the climate here.

‘I was going to drive to Kuala Lipis, Ammuma,’ I say, ‘but Letchumani had a sign advertising fireworks and I thought …’

‘Thought, hanh! Covered market in Lipis for good fireworks only, you should know that, Durga.

‘This mathematics rubbish you study,’ she mutters not quite under her breath, ‘all thinking and never common-sense.’

She’s fetched a plate of pandan cakes while I’ve been out and she pushes them across the table towards me with a not-to-be-argued frown. I left home a decade ago and Ammuma’s convinced I haven’t eaten since. Granddaughters, she thinks, ought to stay where they’ve been put.

‘Too late to change fireworks now also.’ She looks up at the evening sky. ‘Have to manage.’ She’s relishing this, like she does all small crises; running out of onions can last her all day.

‘Diwali puja will do now,’ she tells me briskly. ‘Prayer first, then play fireworks, ah?’

‘What, light the fireworks now? Ammuma, it’s pelting down.’

I sit next to her, on a small wooden bench that she ordered Karthika to move from the front room. I drove up from Kuala Lumpur four days ago, and the house still feels familiar and strange at once. My childhood home, but I can’t quite manage to be sentimental about it. It’s the wrong sort of home, or perhaps I was the wrong sort of child.

Just like on the day I left, the compound yard’s flooding. There are puddles under the stone walls and a few dry patches near the biggest trees. The angsanas have lost most of their blossom in the rain, and the scatter of yellow petals makes me catch my breath. Another memory, one I hadn’t even realized I’d forgotten: crouching behind those trees playing five-stones with Peony after school. Her laugh, her tangled hair, her ballpoint tattoos. In Canada I pushed her out of my head, but back here in Pahang she’s everywhere I look. Friends for ever, Durga, she whispers, and for a second I’m fifteen again and everything is about to go wrong.

I take a deep breath, clenching my fists. Of all people, I should know Peony’s gone. Dead and gone; drowned in the banyan swamp fifteen years ago and nothing to be done about it. She’s a null object. She’s a zero module. She’s the limit of an empty diagram.

I unclench my hands and look deliberately over to the angsanas again. They’ve grown since those days, and there’s nothing behind their trunks except a sodden crate of banana leaves for the dining table tonight. I’d forgotten this about Pahang, the way the rain gets under your clothes and under your skin.

‘Durga? Are you listening?’ Ammuma prods. ‘Of course light the fireworks now. It’s Diwali, when else is it we’ll light them? Christmas? Birthdays-graduations? Next you’ll be asking for eating non-veg tonight.’

‘But there’s only us here to see them.’ I’m on edge, arguing when I know I shouldn’t. ‘Why bother just for us, and when it’s raining, too? I never did in Canada.’

Ammuma sucks in her breath, then lets it out again in a shower of scolding words. It’s a festival, she tells me, punctuating her sentences by slapping the broken wicker of her chair, how dare I suggest we ignore it? It’s far more important than rain, she says, far more important than grandmothers, even, and ungrateful granddaughters who’ve forgotten how they were raised.

‘But you don’t even believe in Lakshmi, Ammuma. You never did.’

Diwali’s for Lakshmi, a goddess who’s supposed to visit the brightest and cleanest houses every year. Ammuma doesn’t hold with her and never has: some goddess, she says, to go poking her nose into other people’s housekeeping.

‘Story is important only,’ she insists. ‘Doesn’t matter if it’s true.’

‘And fireworks are important too, for driving away evil spirits. Cannot tell, Durga, when a spirit is walking –’

She stops. There’s a loud clang from the compound gate, then another. Someone’s knocking. I can just make out a figure through the ironwork, then an arm snakes down to open the catch.

‘Who’s visiting today?’ Ammuma mutters to herself, and then the gate opens. A white man walks through, carrying a striped bag. He has a cap of combed brown hair that looks oddly familiar and he’s wearing a neatly tailored suit.

He ignores the mud and walks jauntily towards us, then sees me sitting next to Ammuma. He stops, squinting against the evening light. His smile falters and loses its way.

I start to shake. I know who he is, this man with his John Lennon hair. Peony’s voice is in my head again – friends for ever – and this man is bad news, he’s worst news. He’s fifteen years old news, fresh as yesterday’s eggs.