Read an excerpt from Dorothy Koomson’s All My Lies Are True, the breathtaking sequel to the iconic bestseller The Ice Cream Girls
More about the book! 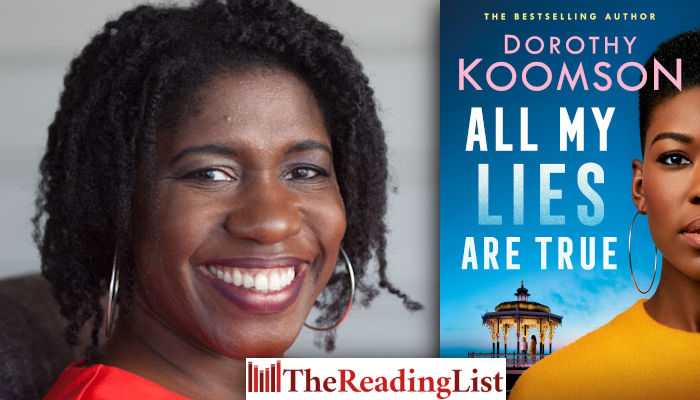 Dorothy Koomson has shared an excerpt from her new novel All My Lies Are True!

All My Lies Are True is the sequel to The Ice Cream Girls that I didn’t know I needed to write until I started. As well as hearing the stories of Serena and Poppy, we get to hear from Verity, Serena’s daughter, who was a teenager in the first book. It was so incredible telling this story, but it wasn’t easy. I had a huge responsibility to get it right and to add to the first book. I like to think I did that. I can’t wait for you to read it.

All My Lies Are True is out now from Jonathan Ball Publishers.

Most of you would have been too young, like me, but Mum really remembers them and thinks about them all the time. Apparently they treated him really badly and then they killed him at his house. Their names were Serena Gorringe and Poppy Carlisle. They were in London and this was in the eighties. Do you remember this picture of them? The one in the polka-dot bikini is Serena, the one in the blue one-piece is Poppy.

Mum says the trial seemed to go on for ever but only Poppy went to prison. Serena got away with it. They both kind of ghosted everyone until a few years ago when Poppy came out of prison (I was only six!! then). Mum says she thinks she heard that Poppy might have ended up in Brighton because that’s where the other Carlisles had moved to.

Mum also says that everyone at the time thought Serena changed her name? I’ve had a look and I think the Gorringes all still live in London but there’s no mention of Serena anywhere.

Mum would be really interested to hear if anyone knows what happened to them?? She was really, really fascinated by the story, because they were like the evil superstars of her time and it kind of just ended when Poppy went to prison. Mum also says she thought when Poppy got out again that she might ﬁnd Serena and they’d go on a murderous hunt together again, but nothing. (BTW –  Mum said that, not me!!) If you could ask your mums and dads about it on the off-chance that someone might have heard or seen anything, that’d be well cool.

DM me, or drop me a line or leave a comment below. Kisses.

Kat Allen 14 January at 09.45 a.m.
I think I’m probably your mum’s age because I remember them! Every now and again I wonder what happened and where they ended up. Be fascinating to ﬁnd out.

Lucie Craft 15 January at 11.45 p.m.
Just read up on this story! I’m in between your age and your mum’s but I think I remember this. It is brilliant. Love to ﬁnd out more.

Elenee G 16 January at 10.38 p.m.
I’m your mum’s age, also. One of them looks so much like a woman whose daughter used to go to my son’s school. The Serena Ice Cream Girl. Her daughter was called something like Variety or Verity, something like that. She had a son, too –  I can’t remember his name. Wouldn’t it be a mad coincidence if it was her? I’m sure she was called Serena or something beginning with S. Her surname deﬁnitely began with a G because ours does and they were near each other on the register. I’ll ask my son when I speak to him next if he remembers them. Will keep you updated.

An evening with Mpho Dagada: On Bitcoin and growing your wealth