Presenting The Mourning Bird, the unflinching and assured debut novel by Zambian writer Mubanga Kalimamukwento
More about the book! 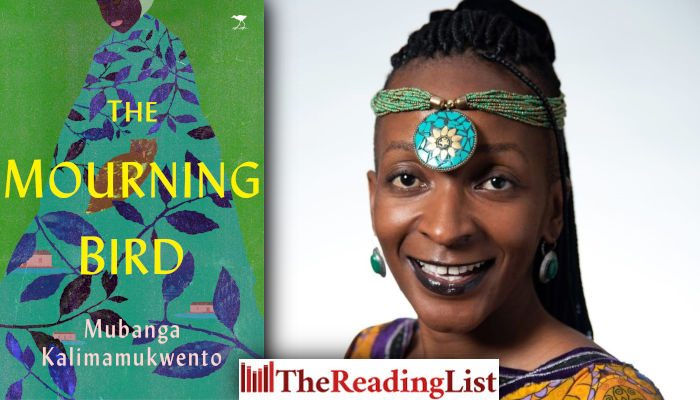 ‘In an authentic and brutally honest voice, Kalimamukwento tells a coming-of-age story … It’s a heart-wrenching story of loss: loss of love, family and hope.’ – Ellen Banda-Aaku, author of Patchwork

Mubanga Kalimamukwento’s debut novel The Mourning Bird – winner of the 2019 Dinaane Debut Fiction Award – will be published in June by Jacana Media.

On the evening of the Dinaane Award announcement, Kalimamukwento, who had just flown in from the United States, held the audience spellbound as she told the story of how she started writing at the age of 10, soon after her mother died, as a way of dealing with the pain of grief.

This is a book tempered with experience, honed with the skill of a craftsman and destined for many literary awards.

When 11-year-old Chimuka and her younger brother Ali find themselves orphaned in the 1990s, it’s clear that their seemingly ordinary Zambian family is brimming with secrets: from HIV/Aids to infidelity to suicide.

Faced with the difficult choice of living with their abusive extended family or slithering into the dark underbelly of Lusaka’s streets, Chimuka and Ali escape and become street kids. Against the backdrop of a failed military coup, election riots and a declining economy, Chimuka and Ali are raised by drugs, crime and police brutality.

As a teenager, Chimuka is caught between prostitution and the remnants of the fragile stability from before her parents’ death.

The Mourning Bird is not just Chimuka’s story; it’s a national portrait of Zambia in an era of strife. With lively and unflinching prose, Mubanga paints a country’s burden, shame and silence that, when juxtaposed with Chimuka’s triumph, forms an empowering debut novel.

‘From the very first page one is struck by how self-assured the writing is, by the fact that the writer never feels the need to strain for effect or over-explicate the issues involved. The depiction is both unflinching and subtle.’ – David Medalie, Head Judge of the Dinaane Debut Fiction Award

Mubanga Kalimamukwento is a criminal lawyer from Zambia. She is a single mother of two boys and a fellow of the Young African Leaders Initiative and the prestigious Hubert H Humphrey Fellowship Program. She will be in South Africa to launch The Mourning Bird from 10 June 2019 to 18 June 2019.

Exclusive Books partners with the Jacana Literary Foundation to support Pan-African writing. This book is part of the Exclusive Books Homebru promotion, which runs throughout June.