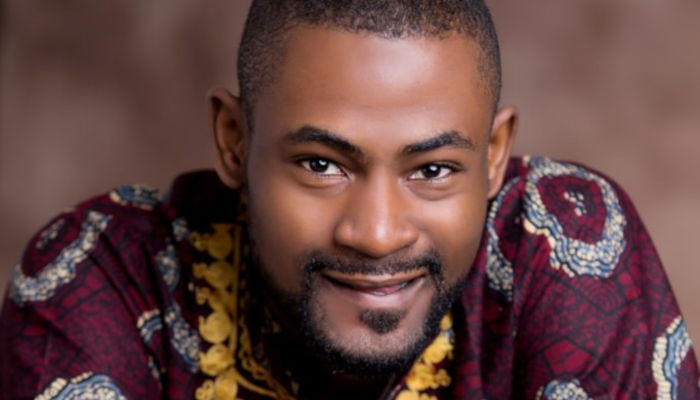 The Gerald Kraak Award and Anthology has announced the appointment of Otosirieze to the 2018/19 judging panel.

The Gerald Kraak Award and Anthology honours African writing and photography that ‘provokes thought on the topics of gender, social justice and sexuality’.

Otosirieze is a writer, editor and literary journalist, and is deputy editor of the African literary culture website Brittle Paper. He is also an editor at 14, Nigeria’s first queer art collective, which has published two volumes, We Are Flowers and The Inward Gaze.

Otosirieze is the curator of the Art Naija Series, a sequence of themed e-anthologies of writing and visual art exploring different aspects of Nigerianness, including Enter Naija: The Book of Places and Work Naija: The Book of Vocations.

His fiction has appeared in The Threepenny Review and Transition, and has been shortlisted for the inaugural Gerald Kraak Prize and for the Miles Morland Writing Scholarship. He attended the University of Nigeria, Nsukka and taught English at Godfrey Okoye University, Enugu. He has completed a collection of short stories, You Sing of a Longing, and is represented by David Godwin Associates literary agency. He can be found at otosirieze.com.

He joins Sisonke Msimang, Sylvia Tamale and Mark Gevisser on the judging panel.

Sisonke Msimang is the head judge of the award and is a writer and columnist for the Daily Maverick in South Africa. She has held fellowships at Yale University, the Aspen Institute and the University of the Witswatersrand in Johannesburg. She was born in Swaziland to parents who were political exiles and raised in Zambia, Kenya and Canada, before going to the United States as an undergraduate. Her family returned to South Africa after the release of Nelson Mandela and the unbanning of liberation movements in the early 1990s. She currently lives on planes, navigating the distance between South Africa and Australia. She is the author of Always Another Country: A Memoir of Exile and Home and the forthcoming The Resurrection of Winnie Mandela.

Sylvia Tamale is a Ugandan academic and human rights activist in Uganda. She was the first female dean in the Law Faculty at Makerere University, Uganda. In 2011 she published the book
African Sexualities: A Reader. Her research interests include gender and sexuality, women in politics and feminist jurisprudence. Tamale has published extensively in these and other areas and has served as a visiting professor at several academic institutions globally and on a number of international human rights boards. Tamale holds an LLB from Makerere University, an LLM from Harvard Law School and a PhD in sociology and feminist studies from the University of Minnesota.

Mark Gevisser graduated from Yale University in 1987 with a BA magna cum laude. His books include Defiant Desire: Gay and Lesbian Lives in South Africa (1994), which he edited with Edwin Cameron; Portraits of Power: Profiles in a Changing South Africa (1996), a collection of his celebrated profiles from the Mail & Guardian; Thabo Mbeki: The Dream Deferred, which won the 2008 Sunday Times Alan Paton Award for Non-Fiction; and Lost and Found in Johannesburg: A Memoir (2012), which was shortlisted for both the Sunday Times Alan Paton Award and the Jan Michalski Prize for World Literature. He wrote and produced a feature-length documentary film, The Man Who Drove With Mandela (1998), which won the Teddy Award for Best Documentary at the 1999 Berlin Film Festival, and he has been shortlisted for an International Emmy for one of his scripts for the crime series, Zero Tolerance (2004). His journalism has appeared in publications ranging from The New York Times, The Guardian and Granta to most South African newspapers.