One minute with author Mike Nicol
More about the book! 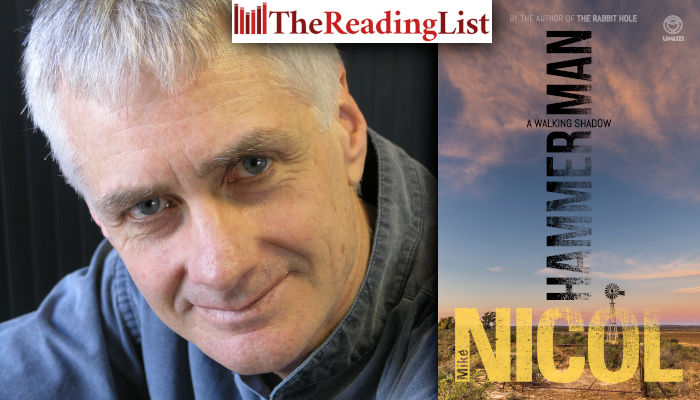 Hammerman: A Walking Shadow, the new thriller from Mike Nicol, is out now from Penguin Random House SA!

In the new Fish Pescado and Vicki Kahn book, the pair are about to get hit by history. And history can be brutal, bloody and deadly.

Where did you first meet Fish Pescado?
Many years ago while surfing at Muizenberg, I chatted to this dude on the backline. The surf was good but there were long gaps between the sets so we had time to talk. Turned out he was a private investigator. And he sold herb. Many, many years later – by then I had found out his surname was Pescado and he went by the nickname, Fish – I learnt he had taken over from another PI called Mullet Mendes (weird names these people have). Fish told me how he’d watched Mullet being gunned down by gangsters and because this story was too good to let go I wrote it up in a book called Of Cops & Robbers. After that I often saw Fish at Muizenberg and he always had new stories to tell.

The third protagonist in your books is Cape Town. How do you keep your eyes fresh when looking at your hometown?
Once a journalist always a journalist. It also helps having a partner who is curious about the city and sees things I don’t. But it’s not only about seeing, it is also about listening. Eavesdropping would perhaps be a better word. The street talk and the sound of the city are as important as what it looks like.

How is it that you know so much of the world of secrets and spies – were you, like the late John le Carré, a spy yourself at some stage?
I’m afraid I can’t confirm or deny that question. Suffice to say that being a journalist gave me ‘permission’ to frootle about in people’s lives as I researched various articles. Frootling is never an entirely comfortable experience but absolutely invaluable to novelists. Clearly, imagination goes a long way to creating any novel but the odd frootle can turn up unexpected goodies which ‘add value’ – wonderful marketing jargon – to even the most fervent of imaginations.

In all your books, music is very important. Do you play any instruments?
I have not an ounce of musical ability. All I know is that music gives all of us a soundtrack to our lives. What songs we love, what songs we hate, says so much about us. One wish (which I never intend to fulfil): to conduct an orchestra.

And the feisty Vicki Kahn?
Strangely enough, at about the same time I met Fish I was doing a history for a law firm in Johannesburg. On one of my trips there I got chatting to a lawyer who was moving down to Cape Town and looking for someone to help her with research for a legal issue she was sorting out. I introduced her to Fish and the rest, as they say, is in the books. Vicki and I’d occasionally meet up for a coffee at her favourite café in Wembley Square, and, boy, the stories she had to tell. She’s a walking novel is Vicki Kahn. She told me she became a spook for a while and then had to cut and run. But, you know what it is, you can’t believe a word spooks say.

Your villains are often extremely creative in getting what they want. Where do you get these ideas, or shall we swiftly move to the next question?
We should, indeed, swiftly move to the next question. However, I am planning to establish an agency for villains because some of them do really stupid things in real life. Unless, of course, they are defrauding the state of billions, then they are amazingly creative.

What is your favourite colour?
You should always ask this question when interviewing writers. It drives them crazy. Anyhow, this week, it’s red.

Hammerman is out now. Read an extract here!