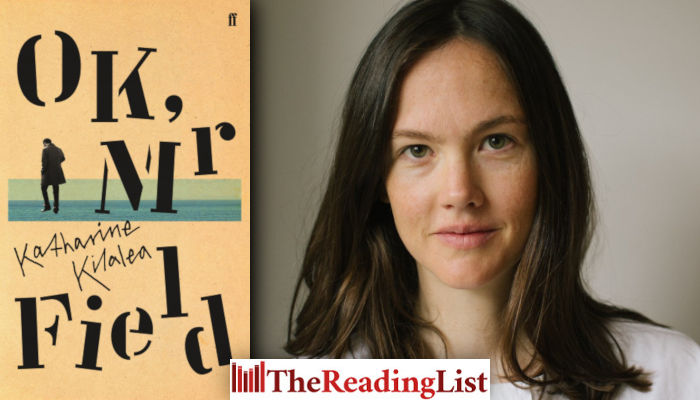 Kilalea grew up in South Africa and moved to London for an MA in Creative Writing from the University of East Anglia. She has published a poetry collection, One Eye’d Leigh, which was shortlisted for the Costa Poetry Award and longlisted for the International Dylan Thomas Prize. She lives in London.

Mr Field, a concert pianist travelling back from a performance in London, fractures his left wrist in a train crash. On a whim, he uses his compensation cheque to buy a house he has seen only in a newspaper, a replica of Le Corbusier’s Villa Savoye built on a stretch of coast outside Cape Town. When he moves there with his wife Mim, the house – which Le Corbusier designed as ‘a machine for living’ – has a disturbing effect. Mim disappears without apology or explanation and Mr Field can barely summon the strength to search for her.

OK, Mr Field is funny and beguiling and like nothing you’ve ever read. It dwells in the silences between words, in the gaps in conversations, and in the distances between people. It confidently guides us into new fictional territory.

‘Dazzling … Luminous … As with much of Beckett’s writing, OK, Mr Field is often bleakly comic. But at moments it is also tender (without being sentimental), depicting the strange dream-like inner life of someone who is terribly lonely … OK, Mr Field introduces a striking new voice in fiction.’ — The Economist

Watch an interview with Ijangolet S Ogwang, author of An Image in a Mirror, on BlackBird Books’s new YouTube channel