New edition of Sindiwe Magona’s classic novel Beauty’s Gift out now – with a new essay by the author
More about the book! 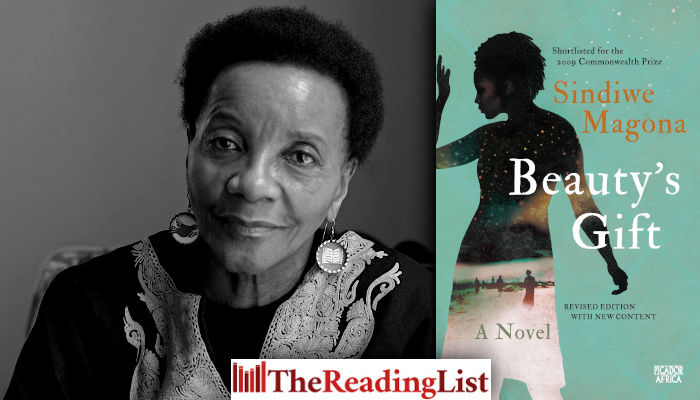 A new edition of Sindiwe Magona’s novel Beauty’s Gift is out now from Pan Macmillan!

Magona will also release a new novel in 2019.

‘I am delighted that some of my writing has found a home with Pan Macmillan,’ she says. ‘A new edition of Beauty’s Gift is long overdue for South African readers – lest we begin to believe that HIV/Aids is a thing of the past – and I also look forward to sharing a new novel in 2019.’

Pan Macmillan publisher Andrea Nattrass says, ‘I am thrilled that Pan Macmillan will have the opportunity to work with the inspiring Sindiwe Magona, who is a national literary icon, to publish a revised edition of Beauty’s Gift, featuring the essay, “Why I Wrote Beauty’s Gift”.’

‘And 2019 will see the publication of a new and powerful novel from Magona, which will be a much-anticipated literary event.’

The Five Firm Friends – Edith, Cordelia, Amanda, Doris and Beauty – are five sassy career women who confront life head-on. But when Beauty suddenly becomes ill and, after six short weeks, passes away, their world is thrown into confusion. On her death bed Beauty begs Amanda to promise her one thing – that she and the rest of the FFF will not waste their lives as she has done. All because of an unfaithful husband … ‘Ukhule,’ she begs of Amanda. May you live a long life, and may you become old.

Beauty’s Gift is a moving tale of how four women decide to change their own fate as well as the lives of those closest to them. This is Sindiwe Magona at her very best – writing about social issues, and not keeping quiet. Speak up, she says to women in Africa. Stand up, and take control of your lives.

Sindiwe Magona is a multiple award-winning motivational speaker, author, poet, playwright, storyteller and actor. Her previously published work includes two autobiographical books, To My Children’s Children and Forced to Grow, two collections of short stories, Living, Loving and Lying Awake at Night (Africa’s 100 Best Books of the 20th Century) and Push-Push and Other Stories, and two novels, Mother to Mother, along with, most recently, Chasing the Tails of My Father’s Cattle.

Beauty’s Gift was shortlisted for the 2009 Commonwealth Writers’ Prize (Africa) as well as the Sunday Times Literary Award.

Magona has also published 30 children’s books – in all 11 languages. She has received numerous literary awards as well as awards in recognition of her work around women’s issues, the plight of children, and the fight against apartheid and racism. In April 2018, she received an honorary doctorate from Rhodes University.

Magona lives and works in Cape Town. She is currently doing her PhD through the University of the Western Cape.