New book alert! The Death of Jesus by JM Coetzee – the final book in the trilogy that includes The Childhood of Jesus and The Schooldays of Jesus 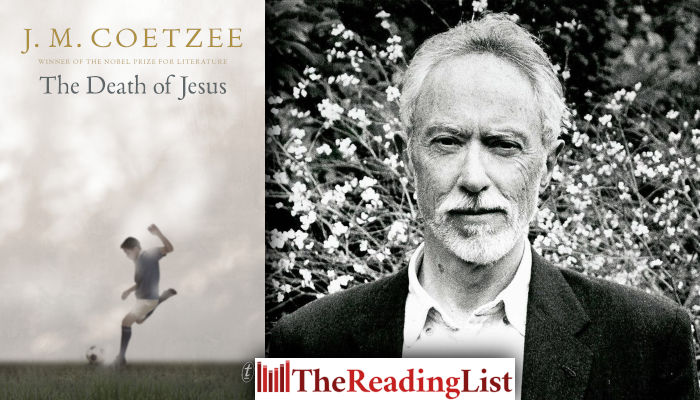 The Death of Jesus, the new novel by JM Coetzee, will be published by Text Publishing in October 2019.

The book will be released first in Spanish, as La muerte de Jesús, by Penguin Random House in September 2019.

Coetzee was the first author to win the Booker Prize twice and was awarded the Nobel Prize for Literature in 2003. He lives in Adelaide, Australia.

Do you have any idea who that boy was who lived in your care? He says that you knew he was exceptional, but do you know how exceptional he was, really? I don’t think so. He was mentally quick and good on his feet: that’s what you understand by ‘exceptional’. I, on the other hand, knew that he didn’t belong to this world; I knew it from the moment I laid eyes on him. He was like those birds – I don’t remember their name now – that only occasionally come down from the sky so that mere earth dwellers can see them, and then they take flight again to continue their eternal pilgrimage.

After The Childhood of Jesus and The Schooldays of Jesus, JM Coetzee completes his trilogy with a new masterwork, The Death of Jesus.

David has grown to be a tall 10-year-old. He is a natural at soccer, and loves kicking a ball around with his friends. His father Simón and Bolívar the dog usually watch. His mother Inés works in a fashion boutique.

David still asks lots of questions. In dancing class at the Academy of Music he dances as he chooses. He refuses to do sums and will not read any books except Don Quixote.

One day Julio Fabricante, the director of a nearby orphanage, invites David and his friends to form a proper soccer team. David decides he will leave Simón and Inés to live with Julio. Before long he succumbs to a mysterious illness.

In The Death of Jesus, JM Coetzee continues to explore the meaning of a world empty of memory but brimming with questions.