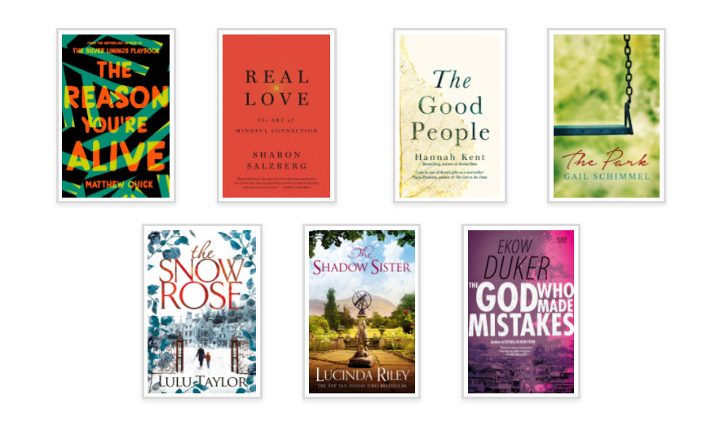 Local and international, fiction and non-fiction – there is something on Pan Macmillan SA’s book club recommendation list for everyone.

Click on the title for more about the book! 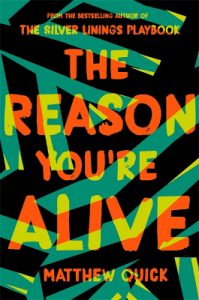 The New York Times bestselling author of The Silver Linings Playbook offers a timely novel featuring his most fascinating character yet, a Vietnam vet embarking on a quixotic crusade to track down his nemesis from the war.

After sixty-eight-year-old David Granger crashes his BMW, medical tests reveal a brain tumor that he readily attributes to his wartime Agent Orange exposure. He wakes up from surgery repeating a name no one in his civilian life has ever heard—that of a Native American soldier whom he was once ordered to discipline. David decides to return something precious he long ago stole from the man he now calls Clayton Fire Bear. It may be the only way to find closure in a world increasingly at odds with the one he served to protect. It may also help him to finally recover from his wife’s untimely demise.

As David confronts his past to salvage his present, a poignant portrait emerges: that of an opinionated and good-hearted American patriot fighting like hell to stay true to his red, white, and blue heart, even as the country he loves rapidly changes in ways he doesn’t always like or understand. Hanging in the balance are Granger’s distant art-dealing son, Hank; his adoring seven-year-old granddaughter, Ella; and his best friend, Sue, a Vietnamese American who respects David’s fearless sincerity.

Through the controversial, wrenching, and wildly honest David Granger, Matthew Quick offers a no-nonsense but ultimately hopeful view of America’s polarised psyche. By turns irascible and hilarious, insightful and inconvenient, David is a complex, wounded, honorable, and loving man. The Reason You’re Alive examines how the secrets and debts we carry from our past define us; it also challenges us to look beyond our own prejudices and search for the good in us all. 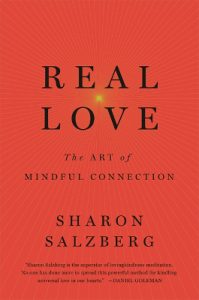 ‘In Real Love, one of the world’s leading authorities on love tells us how to find it, how to nurture it, how to honor it—and most of all how to rethink it … This book has the power to set your heart at peace.’ —Susan Cain, author of Quiet

What is love? Sharon Salzberg believes that love is a powerful healing force for us all, and that modern associations with romance and adoration are limiting. By redefining love, she helps us to recognize our desire for happiness and enhance our connections with each other.

Real Love is a creative toolkit of mindfulness exercises and meditation techniques that can help you to truly engage with your present experience and create deeper love relationships – with yourself, your partner, friends and family, and with life itself. The book encourages us to strip away layers of negative habits and obstacles and to improve deeper connections, helping us to experience authentic love based on direct experience, rather than preconceptions. 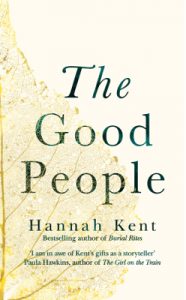 The Good People by Hannah Kent

NÓRA, bereft after the sudden death of her beloved husband, finds herself alone and caring for her young grandson Micheál. Micheál cannot speak and cannot walk and Nóra is desperate to know what is wrong with him. What happened to the healthy, happy grandson she met when her daughter was still alive?

MARY arrives in the valley to help Nóra just as the whispers are spreading: the stories of unexplained misfortunes, of illnesses, and the rumours that Micheál is a changeling child who is bringing bad luck to the valley.

NANCE’s knowledge keeps her apart. To the new priest, she is a threat, but to the valley people she is a wanderer, a healer. Nance knows how to use the plants and berries of the woodland; she understands the magic in the old ways. And she might be able to help Micheál.

As these three women are drawn together in the hope of restoring Micheál, their world of folklore and belief, of ritual and stories, tightens around them. It will lead them down a dangerous path, and force them to question everything they have ever known.

Based on true events and set in a lost world bound by its own laws, The Good People is Hannah Kent’s startling new novel about absolute belief and devoted love. Terrifying, thrilling and moving in equal measure, this long-awaited follow-up to Burial Rites shows an author at the height of her powers. 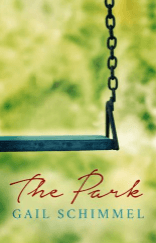 Good mothers take their children to the park.

Rebecca doesn’t expect to make new friends at this stage of her life. But when she becomes mother to little Amy, she finds herself spending her afternoons in the park. There she meets other mothers: first flamboyant, fun Rose, and then single-mom Lilith, whose inner strength is tangible, and whose eyes never leave her toddler.

Very soon the women have formed a trio – the type of friends who feel at home in each other’s kitchens – and their daughters begin to behave like sisters. But Rebecca is about to learn that friendship is not always what it seems, and that sometimes you trust the wrong people. At exactly the moment when she needs to lean on them, one of her new friends harbours a shocking secret, and the other will turn on her in a way she could never have anticipated.

Her two park friends will change Rebecca’s life – and her family – forever. 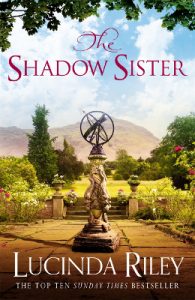 Following on from the bestselling The Seven Sisters and The Storm Sister, The Shadow Sister is the third book in Lucinda Riley’s spellbinding series, loosely based on the mythology of the Seven Sisters star cluster.

Star D’Aplièse is at a crossroads in her life after the sudden death of her beloved father – the elusive billionaire, named Pa Salt by his six daughters, all adopted by him from the four corners of the world. He has left each of them a clue to their true heritage, but Star – the most enigmatic of the sisters – is hesitant to step out of the safety of the close relationship she shares with her sister CeCe. In desperation, she decides to follow the first clue she has been left, which leads her to an antiquarian bookshop in London, and the start of a whole new world …

A hundred years earlier, headstrong and independent Flora MacNichol vows she will never marry. She is happy and secure in her home in the Lake District, living close to her idol, Beatrix Potter, when machinations outside her control lead her to London, and the home of one of Edwardian society’s most notorious players, Alice Keppel. Flora is pulled between passionate love and duty to her family, but finds herself a pawn in a game – the rules of which are only known to others, until a meeting with a mysterious gentleman unveils the answers that Flora has been searching for her whole life …

As Star learns more of Flora’s incredible journey, she too goes on a voyage of discovery, finally stepping out of the shadow of her sister and opening herself up to the possibility of love. 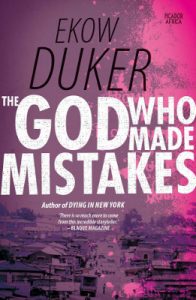 The God Who Made Mistakes by Ekow Duker

Behind the closed doors of their suburban Johannesburg home, Themba and Ayanda Hlatshwayo, both legal professionals, are beset by deep tensions that claw with relentless intensity at the polished facade of their lives. Ayanda seeks solace in dance classes, while Themba is increasingly drawn to the male companionship he finds at a book club.

With wit and sympathy, The God Who Made Mistakes explores the origins of Themba’s unease and confused sense of identity. It takes us back to a river bank in Alex, the township where he grew up, and to a boy he once knew who met a violent death there. As the story peels back the painful layers of recollection, Themba’s domineering mother, Differentia, has a major decision to make. When developers set their sights on buying the family home and building a supermarket in its place, tendrils of envy and greed begin to curl out of unexpected quarters, as the unscrupulous seek to grab a share of the spoils. Back yard tenant, Tinyiko, with her short skirts and questionable morality, and Themba’s disgraced, unemployed elder brother, Bongani, begin to plot and scheme, while across town Themba’s fragile marriage faces its biggest challenge. When his past walks unexpectedly into his present, it threatens to blow apart his carefully constructed world.

The God Who Made Mistakes is a powerful, poignant story of unexpressed longings which, when finally uttered, can no longer be contained.