Mandla Langa on writing Dare Not Linger, the sequel to Nelson Mandela’s Long Walk to Freedom
More about the book! 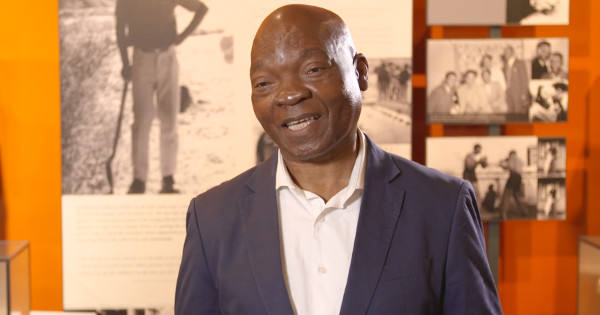 In one of the biggest book events of the year, the sequel to Nelson Mandela’s Long Walk to Freedom will be published this month.

The book, Dare Not Linger: The Presidential Years, is written by Mandla Langa, drawing heavily on the memoir Mandela began to write as he prepared to finish his term of office, but was unable to finish.

Langa chatted to Blackwell & Ruth about the book.

Langa participated in Umkhonto weSizwe training camps in exile and worked for the ANC. When asked whether he learnt anything new about Mandela during his presidency, Langa says South Africa post-1994 was a less easily defined era.

‘It was easier at the time when people were involved in the liberation struggle,’ Langa says, ‘because everyone supports you, you are manning the barricades, the whole world is behind you, you are on the side of the angels.

‘It’s a different thing altogether when you have got to translate that into something that people can live with, can work with, and which can sustain them.’