‘It is an imagined Trinidad with the volume turned up loud’ – Ayanna Lloyd Banwo chats about her debut novel When We Were Birds
More about the book! 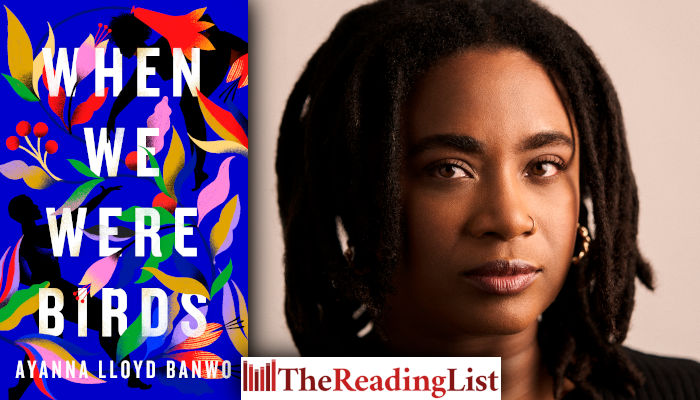 Ayanna Lloyd Banwo is a writer from Trinidad and Tobago. She shares how she came to find the story for her incantatory debut When We Were Birds, and the sense of place in the novel.

When I was growing up, my family largely had the good fortune of being very long-lived. We did not have a history of losing elders frequently or before their time. But that started to change, slowly at first, and then all at once. I started spending a lot of time in Lapeyrouse Cemetery, where my mother’s people are buried. Because none of us had been buried there for a while, we were out of practice. In relearning the rules and social norms of death – wakes, burial, grieving periods, funeral homes, morgues – I found myself growing interested in the people for whom death was their daily trade.

I started writing short stories set in funeral homes, morgues, terminal wards of hospitals. Somewhere amid all that, an old gravedigger named Darwin walked into my head and started talking, hoping to be redeemed for all his wrong choices. The voice of a formidable, grief-stricken woman named Yejide followed. It became a short story called ‘The Gatekeepers’, which I took to my first workshop at UEA’s Creative Writing MA in 2017, where my teacher told me it had legs to become a novel.

I spent the rest of that MA year making playlists, thinking about death and corbeaux and matriarchies, about gods and goddesses who walk in plain sight, researching the science of gravedigging. I thought of myths and folkways and Caribbean iconography. I thought of indigenous creation stories and the Orisha in West Africa: the story of Osun flying to plead with Oludumare and becoming a bedraggled black bird in the attempt, Oya of the cemetery and the storm. And I thought about the Rastaman as an iconic image of one who stands apart: the righteous mystic struggling against an unjust society.

During that process both Darwin and Yejide’s voices changed – they became younger, less certain, a bit more lost. They are very different characters now than when I began.

I grew up in Trinidad and Tobago in the 1980s and 1990s, and then years later I moved to Norwich in the UK. They’re both small places that don’t act like small places – they punch somehow above their weight. My mother’s family specifically came from Belmont, a suburb of Port of Spain which was originally known as Freetown. Her stories about that neighbourhood in the 1950s inspired me to create Bellemere, a fictionalised version of the same suburb, which features in When We Were Birds and will reappear in my second novel too.

In fact it’s not just Bellemere – the whole city, the whole island where the novel takes place is fictionalised. It is an imagined Trinidad with the volume turned up loud; the kind of place where stepping out of your door, crossing into an unknown quarter of the city, might mean getting so lost that no one will ever find you again.

When We Were Birds is out now.

Darwin is a down-on-his-luck gravedigger, newly arrived in the city of Port Angeles to seek his fortune. Meanwhile in an old house on a hill, Yejide’s mother is dying. And she is leaving behind a legacy that now passes to Yejide: the power to talk to the departed. Darwin and Yejide’s destinies are intertwined, and they will find one another in the ancient cemetery at the heart of the city, where trouble is brewing and destiny awaits … A hypnotic literary debut.