‘It doesn’t get bigger than Naspers and the billions Koos Bekker made from it’ – TJ Strydom
More about the book! 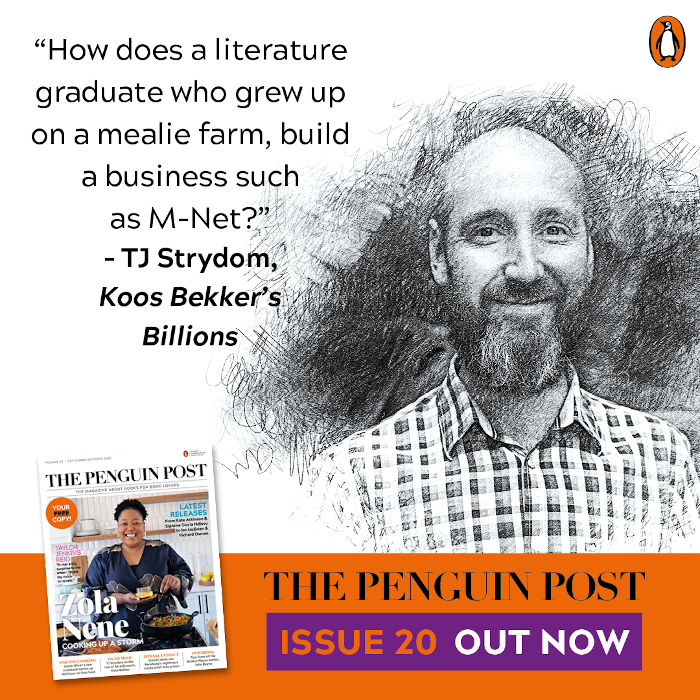 ‘How does a literature graduate who grew up on a mealie farm, build a business such as M-Net?’

Naspers is this century’s biggest business story, certainly for South Africans. One astute investment in a Chinese technology business turned a newspaper publisher into the JSE’s biggest company and created trillions of Rands of wealth in the process. Yes, that’s trillions with a capital T.

It also earned Koos Bekker, who was CEO from 1997 until 2014 and board chair since 2015, multiple billions. But would you be able to recognise him a crowd? Probably not. Despite being a high-flyer in the business world, Bekker prefers to stay under the radar. He declined to be interviewed for Koos Bekker’s Billions, saying that he could still go to a shop to buy a loaf of bread without anyone knowing who he is – and he wanted to keep it that way.

To tell you the truth, I was quite chuffed when he said that. It gave me the freedom that only an unauthorised project can. In this case, to dig into the most interesting parts of a fabulous tale of wealth creation.

Naspers was not even the beginning of it all. As a thirty-something-year-old, Bekker started M-Net. And his first business was not only movies and sport and Carte Blanche’s haunting tune every Sunday signalling the end of a weekend. M-Net also spawned cellular giant MTN. Pretty impressive stuff for the first half of a career.

But how does a literature graduate who grew up on a mealie farm, build a business such as M-Net? How does a 45-year-old waltz into Nasionale Pers, a behemoth still dragging along more than a carry-on of apartheid baggage, to rejig it into a tech investor? And how did Bekker earn enough to buy Babylonstoren, his luxurious estate in the Cape Winelands, several times over?

The answer lies in a mesh of methods – 15 in all – employed over the years to make it really big. I thought of calling the book The Richest Man in Babylonstoren, a nod to George S Clason’s brilliant parable about paying yourself first. Then again, why would I give a media mogul’s farmlux business that much free publicity if he hasn’t even bothered to invite me over for coffee and a chat?

Seriously though, Bekker’s story is fascinating and somewhat under-reported. Naspers has for most of the last half a decade been worth more than all the JSE’s mining companies combined, yet it doesn’t get that much mileage in the financial press. Sure, understanding its control structure is tougher than untangling a koeksister. And its international investments have sprawled into all corners of the world like custard over a malva pudding. Still, if you consider the sheer size of the business and its impact on the fortunes of ordinary South Africans, Naspers doesn’t get nearly enough airtime.

Braai-side conversations also reveal that most South Africans don’t know to what extent their retirement savings are exposed to the online gaming habits of teenagers in the Far East. That is why I wrote this book about Koos Bekker and the approach that led him to piling money into China’s Tencent more than two decades ago.

Koos Bekker’s Billions is out now.