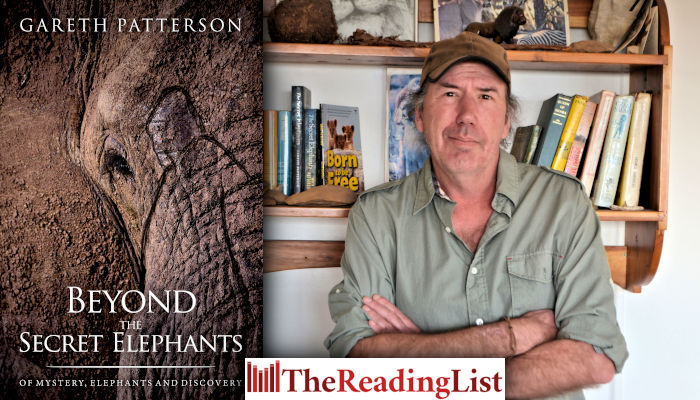 Beyond the Secret Elephants continues the story of Patterson’s 18 years of research into the secretive Knysna elephants.

It also reveals his startling discovery of a much more mysterious being than the elephants – a relict hominoid known to the indigenous forest people as the otang.

Patterson had long heard about the existence of the otang from the local people but he mentioned it only briefly in The Secret Elephants, focusing instead on his rediscovery of the Knysna elephants and their survival. He was reluctant to blur the story of the elephants with his findings about the otang.

That is, until now.

The possible existence of relict hominoids is gaining momentum worldwide with ongoing research into Bigfoot in North America, the Yeti in the Himalayas and the Orang Pendek in Sumatra. Eminent conservationists and scientists – among them Dr Jane Goodall, Dr George Schaller and Professor Jeff Meldrum – have publicly stated that they are open-minded about the possible existence of these cryptid beings.

In the course of his undisclosed research into the otang Patterson heard many accounts – mostly spontaneous and unprompted – of otang sightings by others in the area over a number of years. These accounts, which are all documented in the book, are astonishingly consistent both in the descriptions of the otang and in the shocked reactions of the individuals who saw them.

Well known for his work on the African lion, Gareth Patterson is an environmentalist, independent wildlife researcher and author who has worked tirelessly for more than 25 years for the greater protection of African wildlife. Patterson’s love for the wild has spurred various projects surrounding animal rights.