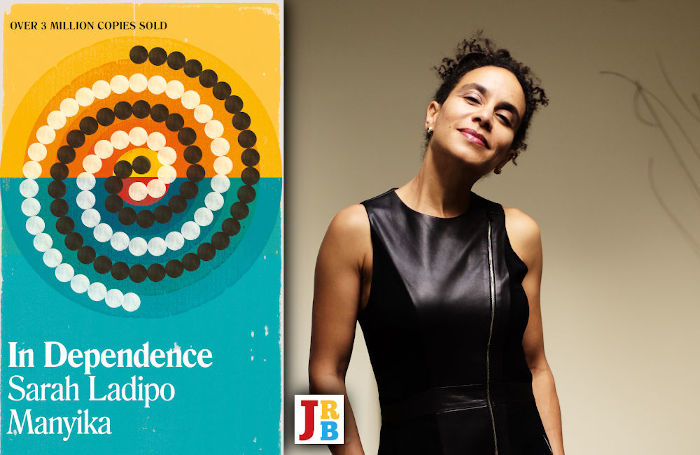 Nigerian–British author Sarah Ladipo Manyika was in South Africa recently, and took some time out to sit down with The Johannesburg Review of Books.

Manyika’s debut novel In Dependence sold three million copies, and was rereleased in a ten-year anniversary, updated edition this month. Her second book, Like a Mule Bringing Ice Cream to the Sun, published in 2016, was shortlisted for the 2016 Goldsmiths Prize.

The interview ranges from a discussion of African publishing, the late Toni Morrison and writing about older women.

Sarah Ladipo Manyika: I read the tribute piece for Toni Morrison in The JRB, which was so fabulous. Excellent. My big thing with Toni Morrison—it’s a critique in a sense — is that reactions to her work are very America-centric, which is fine and understandable, but there are so many people from around the world who have things to say. I interviewed her, as you know, and I wanted to bring out a bit more how she speaks to a whole world, which is what Mapule Mohulatsi did, which is wonderful.

Jennifer Malec for the JRB: Thank you. I wanted to ask you about the Toni Morrison interview. Meeting her in person must have been quite something. What are your memories of her?

Sarah Ladipo Manyika: I think the overriding memory is just of someone who was very generous. Generous in spirit, generous with her time. I don’t think I was really expecting that. And funny, really funny, very theatrical, she has that theatre background. Her house was very orderly, very neat. Somebody asked me recently, what did it smell like?

The JRB: That’s a good question.

Sarah Ladipo Manyika: I know! It smelt like fish. She had a housekeeper, Nadine, from Jamaica, who was cooking her something very healthy. So that’s what the house smelled like.

The JRB: I thought you were going to say it smelled like patchouli or something.

Sarah Ladipo Manyika: Apparently she made the best carrot cake, she was a great baker, so I can imagine the house smelled like lovely cakes. But, you know, one thing I didn’t mention in the tribute piece or the essay that I wrote about her, at the very end of the conversation, when we’d turned the recording devices off, I wanted to ask her, what is it like to be an older woman? I’d written about older women, and she was eighty-six at the time. And I went about it clumsily, and I said, oh, you know, my oldest friend is ninety-seven, and she inspires me, and I was trying to make my way around to saying, what drives you, what’s it like to be an older woman? And of course she saw right through me, she knew what I was asking, and to paraphrase her, she said, the writing is central. That was another thing that struck me as a writer, is that her eye was on that next novel that she was writing. And I hope she finished it.