‘I was diagnosed with autism when I was about four years and six months old’ – read an extract from Help! My Child is Atypical
More about the book! 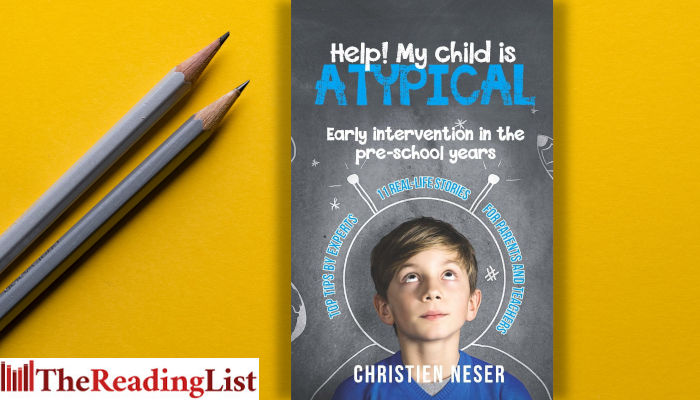 Help! My Child is Atypical by Christien Neser is a practical guide that equips you with the tools you need to make you and your child a champion team.

In 30 gripping case studies, parents and therapists relate their true stories of determination and hope and share their knowledge, experience and secrets.

In this extract, Neser interviewed Emile Gouws, an advocate for people on the autism spectrum and PhD candidate who was diagnosed with autism at age four. 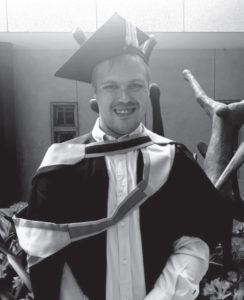 Emile was born with autism.

Emile Gouws is busy with his PhD, so soon he will be Dr Emile Gouws.

In the meantime, he teaches intermediate-phase children with special educational needs. During an interview in May 2019, Emile told his story. He is a sought-after speaker and an advocate for people on the autism spectrum. He also serves on the board of Autism South Africa (ASA). His MA thesis was an auto-ethnographic study – in other words, a study of the first 18 years of his life as an autistic person in a neurotypical society. His doctoral thesis is a continuation thereof, focusing on his early adult life as a student.

Tell us about your road to diagnosis.

I was diagnosed with autism when I was about four years and six months old. I was in a regular pre-primary class, but the teachers were worried about my poor eye contact, lack of communication, the fact that echolalia still occurred, and that I was extremely touch-sensitive, was easily visually overstimulated, bit other children, threw tantrums and was locked into my own world.

My mother was referred to a clinic at the University of Johannesburg. The multidisciplinary team at UJ made the diagnosis and recommended that I attend a special school in Pretoria. My parents refused. For the next seven years I had regular occupational and speech therapy. My mother was my tower of strength. She spoke to my teachers and therapists every day. I went to school twice a day: first at school and then again at home. In retrospect, I have some theories about my behaviour in pre-primary school.

When one experiences stress, adrenaline lets you fight or flee. Some children will fight (bite, kick, hit), others will flee (hide, withdraw) and some others will freeze (flap hands, scream). A child whose senses are overloaded or who cannot express themselves in language definitely experiences stress. I sometimes fled (withdrew), fought (bit) or froze (flapped). I believe in neurodiversity, which means that no two children diagnosed as being on the spectrum are exactly the same. I also believe in neuroplasticity, which means that the young brain can develop tremendously. Therefore, a child on the spectrum, like any other child, is not static. We develop as we are stimulated.

The hours and hours my mother spent with me let me develop in a unique way. Previously, I would have been diagnosed as having Asperger’s syndrome. The new DSM–5 classification does not provide for that diagnosis anymore. I am a highly functional autist. I hardly spoke until I was 14 years old – I said only yes or no and used hand signals. I could not verbalise my emotions at all. It was all inside me, but I could not or would not express my thoughts. Only in high school, in a smaller class, did I begin talking in full sentences. Today I speak without hesitation, and also in front of people. But I still battle with fluency and I do tend to repeat certain phrases in my speech. I was in a mainstream school until Grade 7. I taught myself to read even before I went to school, so I could read better than most of my friends. Despite that, school was not easy, even though my marks were usually way above the class average. My mother saw that I had reached the end of the road in a mainstream school when I began hiding my books and my homework. The tempo, noise and sensory overload of a busy primary-school class eventually became too much. If I think back, I can’t remember the faces of any of my classmates or my teachers. The primary school with its 800 children had visually overstimulated me. Today I know that my brain protected me from too much stimulation by not allowing me to recognise the faces.

In Grade 8 I transferred to a school for children with special educational needs. In the smaller class of only 12 students, I began recognising faces for the first time and also started speaking in full sentences (I was 14 years old). Up until then, I had hardly spoken at all. I passed matric well and then completed my undergraduate studies at the University of Pretoria, where I am currently working on my PhD.

Who was in your team of champions?

My mother, Marie, was always the team leader. She never gave up on me and put in all the hours necessary to support me academically, as best she could. My dad, Etienne, was and still is part of the team. Financially he made sure that I could go for all sorts of therapy and that my mother had the freedom to work with me. Other family members, like my younger brother, were also part of the team.

Along the way there were also speech therapists and occupational therapists, psychologists and special teachers. For many years, they supported my mother. My educational psychologist at the university, Dr Ronel du Toit, made my adaptation to university life so much easier. But it was a challenge, and not always easy, especially the social aspects. I would say a psychologist is a necessity for any student on the spectrum.

What is your opinion about mainstream schooling for children on the spectrum?

When I was in Grade 1 my parents refused to send me to a special school, mainly because the school was very far away from our home. It differs from child to child. We are not all the same. It is, however, important that there is buy-in from the school, and especially from the teacher.

If it is a very big school, I would reconsider. I think a smaller school is a better option for any child on the spectrum. When I eventually moved to a special school, the smaller classes could accommodate my sensory needs. That is why I only began talking once I was there.

It is every parent’s prerogative to decide whether a mainstream school is the best place for their child. Many factors can play a role, but the most important one is the child. Will it be good and effective and manageable for the child?

For me the social challenges were the worst, because I struggled to communicate with my classmates and they could not understand my behaviour. The busy, noisy classes and intercoms were major sensory challenges for a child like me. I never told my mother how I was bullied in class and on the playground, because I could not verbalise my emotions.

Are schools equipped to support children on the spectrum?

ASA runs amazing awareness campaigns and some schools work closely with them. Teachers have to be trained and must be willing to welcome the child. They can adapt their classes to accommodate children on the spectrum – for example, with visual charts to explain the daily programme, a quiet corner to escape to, and a separate table for the child. But this requires a lot of patience from the teacher. I realise this every day in my own class. It is very difficult to spend enough time with each child and their specific needs.

How does the road ahead look for you?

I believe we are all similar but different. Through my university studies, I want to empower myself to better support students on the spectrum. Eventually I want to specialise in autism in order to help others on the spectrum. One should embrace one’s autism. It is a lifelong condition. But with support and stimulation, massive progress is possible. Every step is important. The process is sometimes more important than the end goal.

Sadly, during the period of lockdown imposed as a result of the 2020 Covid-19 pandemic, Emile’s mother passed away. This book is dedicated to her memory.