House of Stone – Novuyo Rosa Tshuma’s unflinching epic about the fall of Rhodesia and the turbulent birth of Zimbabwe
More about the book! 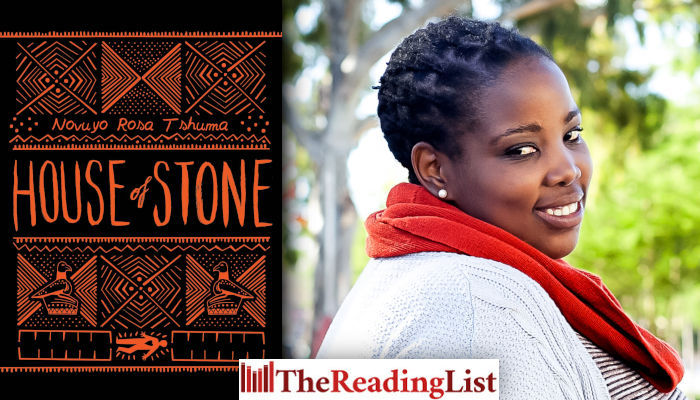 Novuyo Rosa Tshuma’s House of Stone is a masterful, haunting debut set during the tumultuous beginnings of Zimbabwe that explores the creative – and often destructive – act of history-making.

In the chronic turmoil of Robert Mugabe’s Zimbabwe, Abednego and Agnes Mlambo’s teenage son, Bukhosi, has gone missing. Erudite, enigmatic Zamani, their lodger, seems to be their last, best hope for finding him. In his eagerness to help, Zamani is almost a part of the family – but almost isn’t nearly enough. Ingratiating himself to Mama Agnes and feeding alcoholic Abednego’s addiction, he is desperate to extract their life stories and make their family history his own. As the Mlambos pray for Bukhosi’s return, Zamani will stop at nothing to make a home for himself – and each of them must confront the past to find a place in the future.

Bursting with wit, seduction and dark humor, Novuyo Rosa Tshuma’s unflinching epic about the fall of Rhodesia and the turbulent birth of Zimbabwe celebrates the persistence of the oppressed in a nation seeking its identity amid political chaos and violence.

‘Novuyo Tshuma writes with an equal commitment to Joycean formal inventiveness and political conscience, and the result is absolutely thrilling.’ – Garth Greenwell, author of What Belongs to You

‘Tshuma writes in arresting and trenchant prose that shows a gifted artist at work.’ – NoViolet Bulawayo, author of We Need New Names

Tshuma grew up in Zimbabwe, and has lived in South Africa and the USA. She is a graduate of the Iowa Writers’ Workshop (2015). Her debut collection of short stories, Shadows, was published to critical acclaim in 2013 by Kwela, and won the 2014 Herman Charles Bosman Prize.