Giving Voice to the Silenced – an interview with number one bestselling author Tess Gerritsen
More about the book! 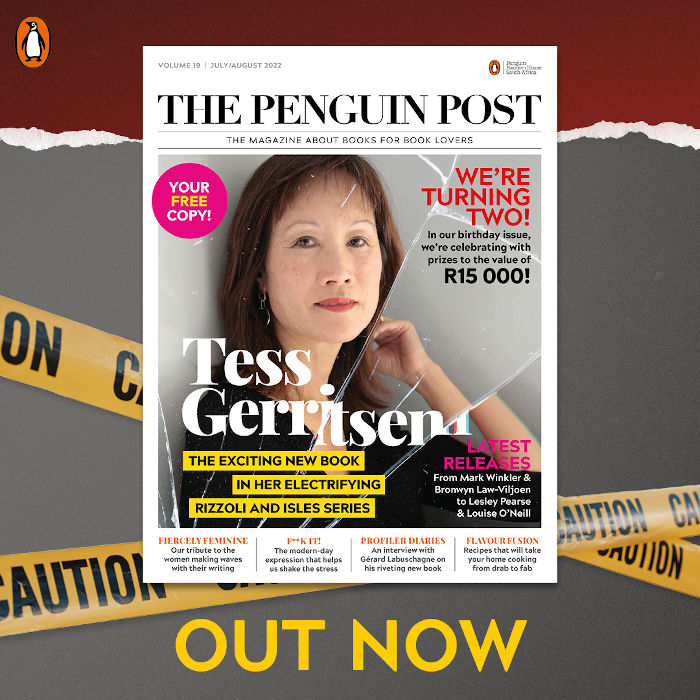 Tess Gerritsen is the number one bestselling author of her hugely successful Rizzoli and Isles series, of which the latest is the highly anticipated Listen to Me.

She chats here about swapping out being a doctor for being an author, writing from experience, and the biggest pleasure in telling fictional stories.

‘A lot about how I write my characters come from my own experience as a woman.’

Storytelling has always been my first passion. I knew I wanted to be a writer when I was seven years old, but my father advised me against making it a career because he didn’t see any possibility of me earning a living at it. Since I was already interested in biology, I trained as a doctor instead, but I never lost that hunger to tell stories. I think I’m now doing exactly what I should be doing, and I have no desire to return to medicine.

When I start on a new book, I never have a clear idea of where the story’s going. With Listen to Me, it was with Angela Rizzoli’s voice in my head, talking about her neighbours. She sees something across the street that bothers her, and she nags her daughter to look into it, but Jane ignores her. Angela’s situation was all I knew when I started the story – not what was going on in the neighbourhood, or how it would tie into Jane’s investigation. The Amy Antrim thread, which starts in the opening chapter, was perhaps the very last piece of the plot I thought up.

While my Rizzoli and Isles series is set in Boston, I’ve often included the area of Maine. It’s only a few hours’ drive from Boston, which means clues there could easily be connected to a case that Jane and Maura are investigating. Part of the story in Listen to Me takes place in Maine, where I also live. It’s a beautiful, forested place with many small, isolated towns – the perfect setting for suspenseful happenings. Maine is a pretty safe place, though, with one of the lowest crime rates in the United States, so the incident I write about in Listen to Me is purely fictional.

But while the stories are fictional, a lot about how I write my characters come from my own experience as a woman. I write what I know. Jane had to inherit her cleverness and boldness from someone – and of course it’s from her mother! I’ve always loved the character of Angela and have enjoyed seeing how she’s evolved through the years. She began the series as a traditional mother and housewife, but when her husband leaves her, we see her grow into a far more independent woman. Her journey reflects the journeys of many women as they get older. We learn to trust our instincts. We learn that we’re more capable than anyone gave us credit for. I wanted to write about just that sort of journey. Despite their experience and their acquired wisdom, though, older women often feel ignored and discounted and Angela, like so many women her age, is struggling to be heard. In fact, the title is inspired by Angela – I give full credit to my UK editor, who thought up the title as she was bathing her children, who weren’t listening to her. My original working title was Mrs Rizzoli, but Listen to Me felt just perfect, because that was exactly the theme.

So while I don’t explicitly set out to write feminist fiction, my stories do reflect feminine experiences. And through my career as a doctor, and then as a novelist, I’ve certainly known many powerful, brilliant women. In fact, I’m privileged to have two daughters-in-law who are strong, capable, and compassionate young women. When I was their age, I wasn’t nearly as self-confident – or as well-organised. I’m grateful that both my sons exercised such good judgment in marrying them!

Through my characters, I can imagine myself to be cleverer, braver and better-looking. But while I may bring aspects of my real life to my stories, my characters are always better versions of myself. And I’ll admit that living vicariously through my characters is one of the pleasures of telling fiction.

Listen to Me is out now.

The murder of Sofia Suarez is both gruesome and seemingly senseless. Why would anyone target a respected nurse who was well-liked by her friends and her neighbours? As Detective Jane Rizzoli and Forensic Pathologist Maura Isles investigate the baffling case, they discover that Sofia was guarding a dangerous secret – a secret that may have led the killer straight to her door.

Meanwhile, Jane’s watchful mother Angela Rizzoli is conducting an investigation of her own. She may be a grandmother, not a police detective, but she’s savvy enough to know there’s something very strange, perhaps even dangerous, about the new neighbours across the street. The problem is, no one believes her, not even her own daughter.

Immersed in the hunt for Sofia’s killer, Jane and Maura are too busy to pay attention to Angela’s fears. With no one listening to her, and danger mounting in her neighbourhood, Angela just may be forced to take action on her own …